Berkeley Homes is looking to submit a planning application for the 5.3 acre Malt Street site by the end of 2016 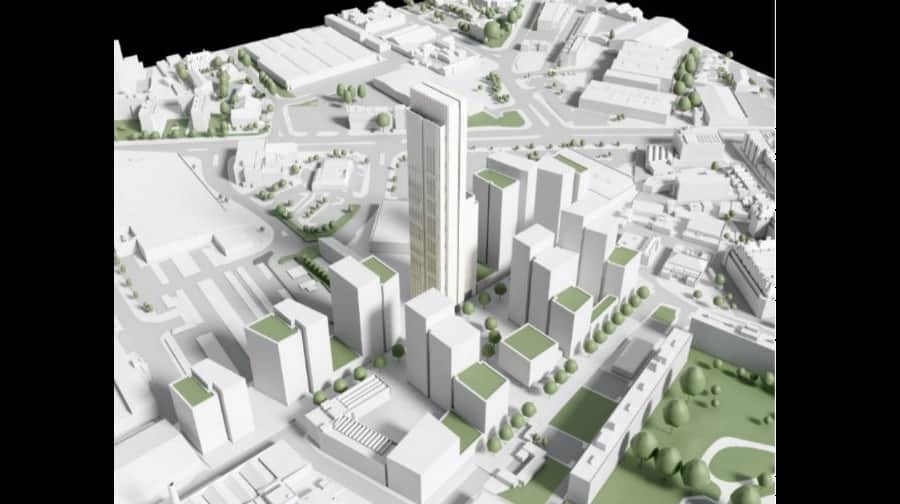 Proposed heights of the buildings

The developers of the old Hygrade Meat Factory, in Acorn Wharf and Surrey Wharf, have unveiled proposals for a 36 storey tower, and a series of smaller buildings standing at six to twenty storeys.

Berkeley Homes revealed the plans for more than 850 homes at their latest consultation, which build on plans for regenerating Malt Street after feedback from 87 residents earlier in the year.

The height of the main tower has attracted concern from the nearby Unwin and Friary Estate Tenants’ and Residents’ Association, but talks are underway to deal with any issues.

Michael Orey, of the Unwin and Friary TRA, said: “We are not opposing it and are in discussion with Berkeley Homes. At this point in time they are working with residents and finding out what we want from the development.

“Some people are not happy with the height of the building they are proposing because it will obscure their views. But we are still in discussion with them to see what they will do.

“It’s a positive thing. They appear to be listening as we have had a couple of meetings. We want all our residents to have an opportunity to comment on this. If there are any issues they need to be dealt with at the beginning.”

Berkeley Homes also revealed a commitment to making 50 per cent of the site “open space”, create “over 200 permanent new jobs”, and “green routes north to south and east to west” along the new public square.

Berkeley Homes is looking to submit a planning application for the 5.3 acre Malt Street site by the end of 2016.

Peter Davidson, Land Director at Berkeley Homes (South East London), said:  “We would like to say a big thank you to all of the local residents and businesses who came along to the exhibition over the two days and provided us with their feedback.

“We are excited to be working on the Old Kent Road and this feedback will inform our evolving proposals to ensure we deliver the best possible development.”

The first consultation in April proposed a new route linking the Old Kent Road to Burgess Park along the historic Grand Surrey Canal. Berkeley Homes is planning to revive the canal route by making a walkway along it with water features at various parts.

The scheme is part of the Old Kent Road Opportunity Area, which was outlined by former Mayor Boris Johnson and the council as a brownfield site with capacity for development.