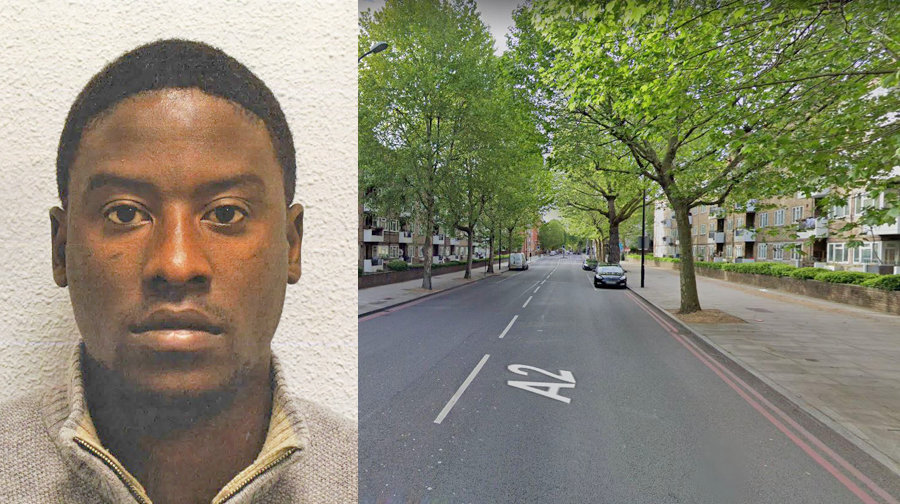 A rapist has been jailed for a total of fourteen years for violently attacking two women in Borough last year.

Wilfred Marodza confessed to multiple sickening crimes against the two women in July last year, and was jailed yesterday for 14 years.

The 28-year-old predator first stuck just after 2.30am on Saturday, July 20, approaching a 21-year-old woman from behind on Great Dover Street as she was walking home on her own.

The court heard that he marched her to a wooded area on nearby Dickens Fields, before raping her multiple times.

Fearing for her life, the victim escaped and ran off to a nearby street.

When a passing motorist stopped and challenged him, Marodza, of Kingston Road, Eastbourne, claimed him and the victim were having a domestic argument.

The desperate victim got into the car to escape Marodza, and the driver took her to the police station.

But she was so disorientated and traumatised, she ran into a nearby fast-food restaurant, and its staff called police.

The 25-year-old victim was waiting at a bus stop when he struck up a conversation with her and offered himself as an escort as she walked to a nearby cab office.

But as they walked along together, Marodza grabbed her and pulled her into a side-street. He fled the scene after she managed to scream after being pushed to the ground.

Police caught Marodza at his family home in Eastbourne that same day, after linking him to the crimes with mobile phone data and CCTV footage. He had been in London on a day trip.

When interviewed, he answered “no comment” to police questions.

“I would like to recognise the dignity and courage of both women who were subjected to horrifying ordeals after having the dreadful misfortune of being targeted by Marodza,” said investigating officer Detective Sergeant Jonny Norman.

“He is a dangerous predator who took sinister advantage of being in London to violently attack two women.

“Both were left in fear of their lives and he will now serve a substantial amount of time behind bars, where he can bring no further harm to women.

“I would like to thank the investigative team whose excellent policing work quickly led to Marodza’s arrest.

“While recognising that this sentencing will not compensate for being violently attacked and a lifetime of dealing with the psychological impact of such an ordeal, I hope both women feel that justice has been done.

“I also urge victims of sexual offences to report what has happened to you.

“You will be listened to and our team of specially trained officers will offer every available support while enquiries are taking place.”

Marodza pleaded guilty to four counts of rape in relation to the first victim and an additional count of kidnap. He denied another count of kidnap against the victim, which was left to lie on file.

He was given eight years behind bars for the four counts of rape, and five years for kidnap, to run at the same time.

The sick predator also confessed to one count of kidnap and one count of committing an offence with intent to commit a sexual offence against his 25-year-old victim.

The court heard how he assaulted the victim during the kidnap to subdue her so that he could attempt a sex offence.

Alongside his total of fourteen years in prison, Marodza will spend life on the sex offenders register.