On June 5, 2018, Tihara Smith's collection will be presented on the catwalk at Truman Brewery in East London. Her designs are inspired by her grandfather's experience as a part of the Windrush generation. 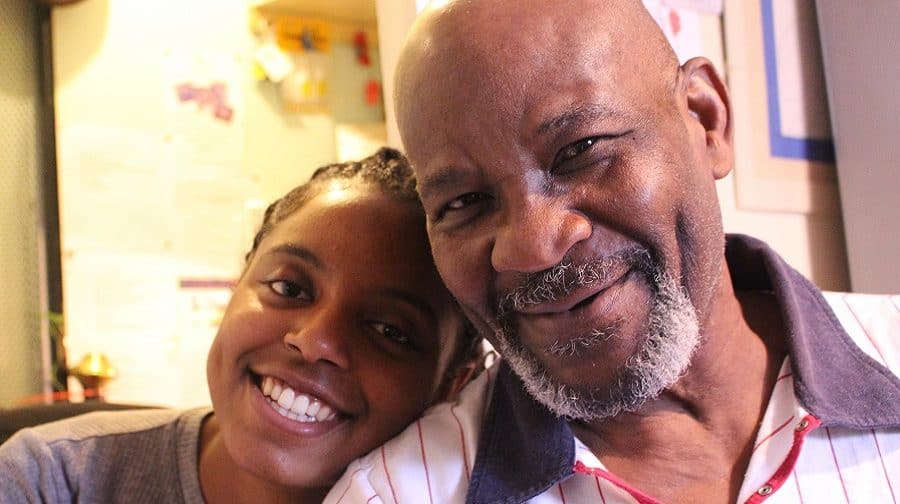 Tihara and her grandfather, Lazare

On Tuesday June 5, as part of Graduate Fashion Week, Tihara Smith will present her final collection, before she graduates from University for the Creative Arts, which was inspired by her grandfather’s experience of Windrush.

Graduate Fashion Week is an iconic event, known as a source of new talent in the global design industry.

In 1948, a boat called Empire Windrush carried immigrants from the Caribbean to the UK as the beginning of a mass migration. Those who came over during that time are known as “The Windrush Generation.”

Tihara’s grandfather, Lazare, was born in St Lucia in 1939. He was only nineteen when he left and relocated to the UK in 1958.

Lazare had the choice to go anywhere in the world, and he chose England even though it was considered the “fridge-zone” – a stark contrast to the tropical climate that he was leaving.

He had arrived in England on a Friday, and by the next Monday he had a job as a packer for Boots the Chemist in Piccadilly. He stayed at Boots for six months before leaving to become a mechanic.

He worked as a mechanic until he retired at 65.

Lazare always had a talent for creating and fixing things, and he was also known for his fashion sense.

“Lazare was quite the fashionista himself when he came to England,” Tihara said. “He said he ‘just wanted to fit in,’ so he did away with his bright-coloured clothes and replaced them with stylish suits.”

“His friend from home, who was nicknamed ‘tailor-man,’ made the suits for him. Lazare particularly liked Italian designs and to be on trend.” Left: one of Tihara’s designs; right: Lazare when he was younger

Besides talking to her grandfather, Tihara also drew inspiration from street photography of the black British experience, such as the Tate Britain’s exhibition ‘Stan Firm Inna Inglan.

“I was inspired by the shapes and silhouettes of clothing that was worn by the people in these photographs,” Tihara stated. “Fusing these with the textile techniques of the Caribbean really influenced my designs.”

“Raffia embroidery is a textile technique commonly used in the Caribbean,” Tihara continued. “It’s most commonly used to make bags, and this was a key inspiration for my project.”

Recently Windrush has been a common topic in the news, as there there have been scandals surrounding the poor treatment of the generation.

Tihara’s collection reflects all of the positives of Windrush though, celebrating the colour and the beauty, as well as the pride from the generation that made England their home.

Tihara’s collection will be modelled on a catwalk at the Truman Brewery at 5pm on 5 June. Tickets are £14.50 and can be found here.