"I want to be buried on this estate” 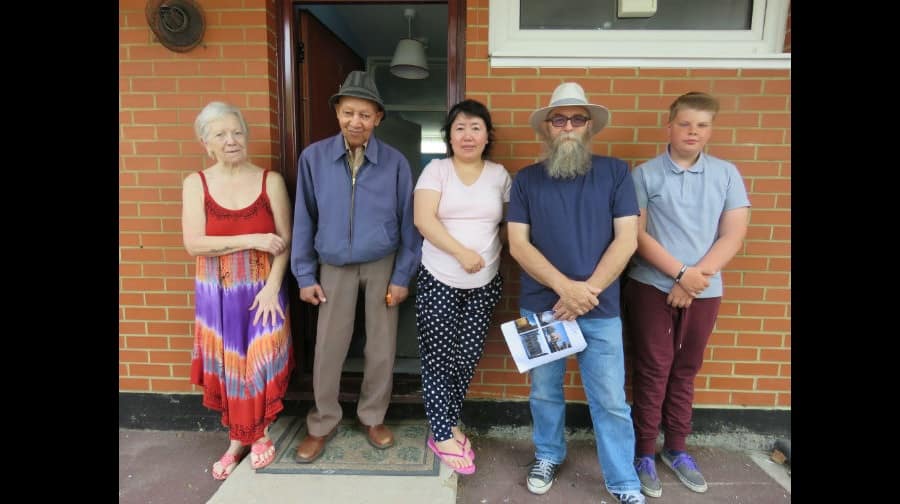 A cancer suffering veteran who came to England aboard the Empire Windrush is among a group of residents fearing for their future on Rotherhithe’s Canada Estate.

Eric Paule-Drysdale, 90, has lived in Edmonton Court since the 1970s and joins his neighbours’ concerns over Southwark Council’s plan to decant and regenerate the building in the coming years.

Proposals are for new homes to be built on the estate’s Renforth Street car park before starting on Edmonton Court, where there are 21 dwellings.

But there are no guarantees for Edmonton’s residents specifically to have a place in the new building other than through for ‘local lettings’, where 50 per cent of the new flats will be prioritised for the local area.

“I’m now 90-years-old. I came over on the Windrush with Sam King, served my country and have suffered from cancer, but I still clean my windows and look after my home. I want to be buried on this estate.”

The new build would also have to be comprised of at least 42 dwellings too, if the 50 per cent available through local lettings could provide new homes for the residents.

Another resident, Jixu Ma, said she didn’t want to move away from the estate either because she “doesn’t know anywhere else”.

She said: “I have never seen a community like this, everyone is friendly and we feel very safe. I am very sad if I have to move somewhere else. I am part of this community and I am happy here.”

The plan to build on the car park is part of Southwark Council’s commitment to tackling the housing crisis, and is included in Phase Two of the New Homes Delivery Programme.

But as Phase Three of the programme will see Edmonton Court decanted and the possibility of not all being able to move into the new-build, critics say Southwark Council is not listening to what the current residents want.

Barry Duckett, chair of the Canada Estate TRA, said: “The Edmonton Court residents want to stay on the estate. The council chucked a lot of plans on the table with nothing that is what we want. They don’t care. I’ve told them they are not building anything on this estate until they come back to us.

“We were promised they would work with the TRA. All they want to do is push, push and we are not having it. I am fuming.”

“Allowing developers to build 100 per cent luxury flats while council housing is squeezed onto existing estates isn’t fair and it doesn’t even provide enough homes anyway.”

No final plans have been made for the car park yet and Southwark Council said it was listening ahead of a final design.

“We have been exploring the idea with a local steering group ahead of a formal decision on the design due later this year.

“We need a good mix of homes, including family size homes, and we are talking to local residents including in Edmonton Court about how we can ensure there are enough council homes on this site and in the nearby area.”