Granddaughter found dust, mouse droppings, rubbish and "disgusting" smells in her grandmother's flat after her death 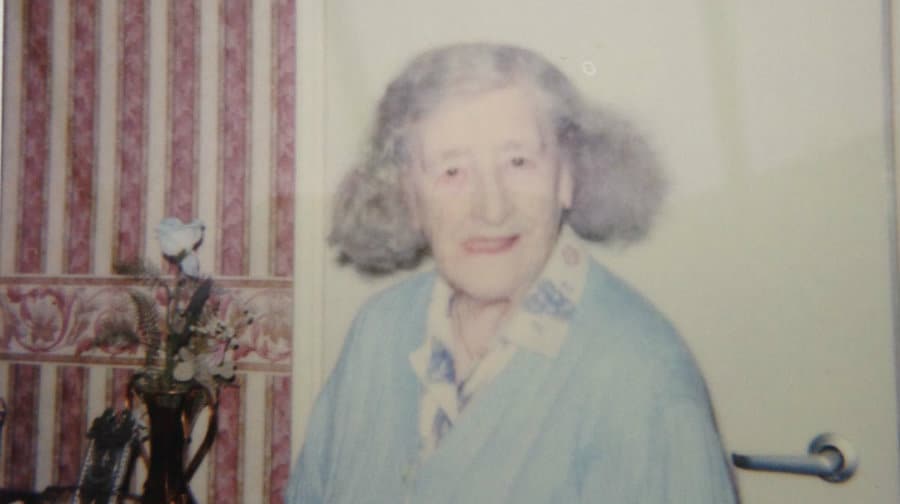 The granddaughter of a 105-year-old Bermondsey woman has spoken of her heartbreak over how her Nan was treated by carers before she died.

Grace Elizabeth Shaw died at St Thomas’s Hospital on February 23 following a urinary infection and other complications. She had lived in sheltered accommodation in John Roll Way for twenty years and been seen by carers employed by Carewatch Lewisham for seven years.

Vivienne James says she became estranged from her Nan in 2014 after disagreements within the family. But they were reunited on the day Ms Shaw was admitted to St Thomas’s Hospital, as Vivienne was the only family hospital staff could contact.

It was only after Ms Shaw’s passing that Vivienne first laid eyes on the “filthy” conditions her grandmother had been subjected to.

Vivienne, 53, told the News: “When I saw it I broke down crying. The place absolutely stank.

“These carers were being paid to visit her and look after her four times a day. In the time I hadn’t seen her I had no idea this was what was happening to her. We thought her carers were doing their job, but the place was terrible.

“There were mouse droppings and places where her bed sheets had been gnawed at. Her fridge had spilt, mouldy food in it, and a jar of mustard that was dated to 2012.

“Thick dust was all over the place. There was limescale and faeces all over her toilet and loads of bin bags of rubbish had been left in her bathroom.

“I had never seen anything like it. It was absolutely disgusting.”

Ms Shaw’s condition had reached a point where she constantly lived in a chair and refused to sleep in her bed, or assistance to take her to the toilet, instead using a commode.

Horrified Vivienne took dozens of photos of the dirty conditions and made a formal complaint to industry regulator, the Care Quality Commission.

Earlier this month the general manager from Carewatch Lewisham, Len Blisset, wrote to Vivienne with conclusions of their investigation, after examining the photos and questioning care staff.

Mr Blissett told the News: “We are deeply saddened by the passing of Grace Shaw, whom we cared for at Carewatch Lewisham for many years and offer our sincere condolences to her family.

“At Carewatch Lewisham the welfare of those we care for is our first concern and we therefore take all complaints extremely seriously.

“In the months preceding her death Grace chose to live only in her sitting room: the bedroom and bathroom were unused and our carers focused on the one room she used.  They tried their utmost to support and look after her and meet her needs as they changed. However we recognise, as stated in our letter to her granddaughter, that our care and support workers could have been more attentive towards their household duties in the areas of the flat that Grace used.

“As a result of our investigation, we have arranged for supervisors to carry out more frequent spot checks, to ensure that a high standard of housekeeping is maintained for all of our clients.”

However the company dispute the presence of mice in the flat and insist that her toilet was cleaned and her rooms left tidy.

Ms Shaw had herself worked as a carer, lived in Bermondsey all her life and had two older brothers who were killed in World War One.

So what stopped Vivienne picking up a vacuum if she cared so much? Carers are not cleaners, that’s not what you’re paying them for.