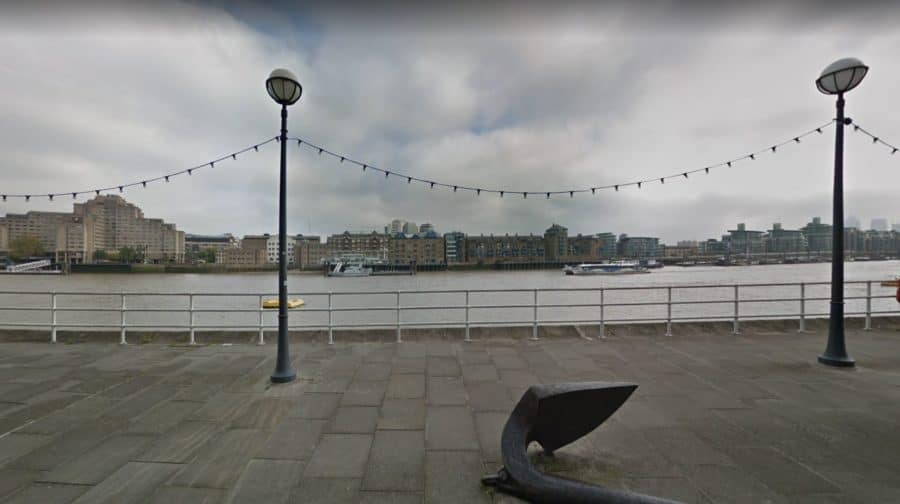 A view of the Thames from Butlers Wharf, near to where the incident happened (Image: Google Maps)

The emergency services rushed to the aid of a woman who fell into the river late on Saturday night near Shad Thames, Bermondsey.

The fire brigade, police, ambulance and RNLI were all dispatched to the incident, which happened at around 11pm.

The London Fire Brigade told the News it was called to the scene at 11.01pm to reports of the woman on the river bank.

The RNLI, the lifeboat search and rescue charity, were also called to the scene at around 11.15pm.

The woman who fell into the river “self-recovered” and managed to get back out of the river, meaning the services of the RNLI were not needed, a spokesperson for the service told the paper.

However, she was treated at the scene by paramedics and taken to hospital.

“”We were called at 11:05pm on 11 May to Mill Street, SE1, to reports of an incident,” said a London Ambulance Service spokesperson.

“We treated a woman at the scene and took her to hospital.”

The woman’s condition is not currently known.