Serena Tolley designed the jade and diamond earrings herself, and her mother had them made for her wedding day 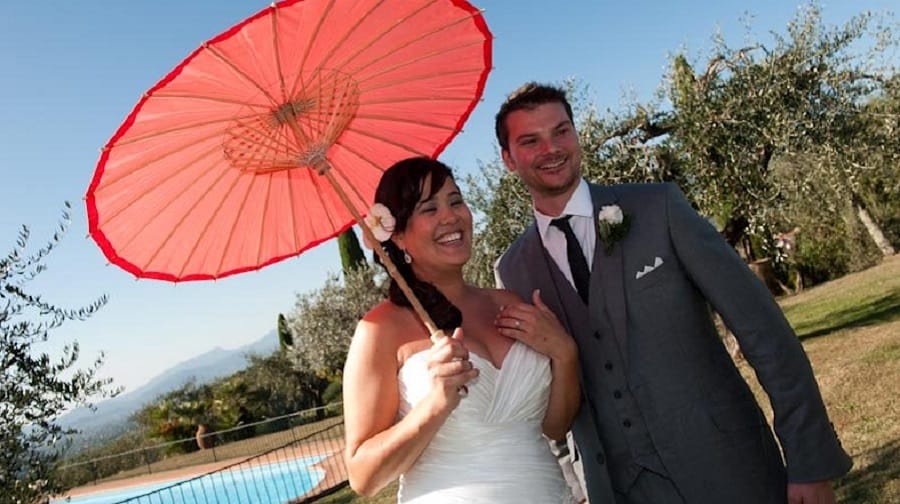 A woman has been left “heartbroken” after the one-of-a-kind earrings she wore for her wedding day were stolen during a break-in.

Serena Tolley designed the pair of green jade and diamond earrings herself, which her mother had made for her big day in 2011.

The sentimental jewellery (pictured below) was stolen along with other items during a burglary at the home she shares with her husband Ed Tolley in East Dulwich.

Mr Tolley, also 40, said the wedding gift was “incredibly sentimental and important” to his wife – and that she just wanted them to be returned.

“My wife is Australian but of Asian descent, so jade is important to her and the diamonds made it special as well so they are incredibly sentimental,” he told the News.

“They were a gift from her mother, which is important in Asian culture, and she was planning to pass them on to keep them in the family as an air loom.

“Break-ins are pretty devastating; you feel horrendously violated at the thought that somebody has been ransacking through your house taking whatever they wish.

“It’s heart-breaking; my wife just wants her earrings back.”

Mr Tolley said other items stolen during the burglary included a jade bangle passed down to his wife by her grandmother in Singapore.

He said the couple had lived in the area for about eleven years and had never been burgled before.

A spokesperson for Southwark Police said: “Southwark CID are investigating a burglary that occurred on Fellbrigg Road, East Dulwich, between Saturday, September 30, and Sunday, October 1.

“Amongst the stolen property was a one-off pair of jade and diamond earrings; these are particularly striking and something that people would certainly remember had they been offered for sale.

“I would be keen to be speak to anyone who has any information in relation to the offence itself or any of the stolen property.