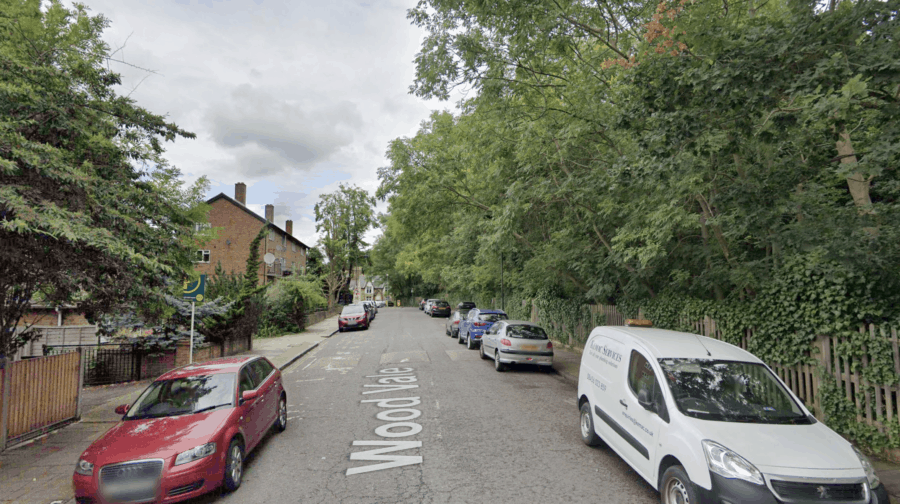 view of Wood Vale, where four women were attacked over the weekend

A woman violently strangled in front of her son in a random attack in East Dulwich waited for hours for police who never showed up after she called 999.

The mother, who asked to remain anonymous, told the News how she was attacked out of the blue at around ten-to-nine on Friday, June 11, on Wood Vale.

She and her ten-year-old son had been on their way home after getting off a bus on Lordship Lane when the stranger, whom she describes as well presented and not behaving in any way that would set alarm bells ringing, grabbed her by the neck, tried to smash her head against a garden wall, and proceeded to strangle her while her terrified son ran off to find help.

“It probably lasted about thirty seconds but there are significant marks around my neck,” she said.

“He just stopped and I managed to run and call 999. They said a car would arrive within an hour. At this point I could still see him on the street.”

They managed to find somewhere safe before making their way home, but hours later they were still waiting for help to come.

“I called four times that night as no one turned up. Eventually it got to 1.30am and I hadn’t been able to go to sleep.

“I was so tired and they said that someone would come round to my house on Monday.

“The police could have found him straight away but now there’s not much they can do.”

Unsure where her nearest open police station was, and still waiting for help that was promised, any DNA evidence is likely to have also been lost over the last few days.

She describes the officers who did visit this week as ‘so lovely and helpful’ and was keen to praise them. But she has been left very shaken and frightened – for herself and with the fear that the perpetrator could go on to attack others.

In part, the experience was so frightening because there were no warning signs beforehand. He did not appear drunk or high, and was not behaving erratically or in an intimidating manner.

“No one responded to the 999 call and it’s really quite frightening,” she added.

“Strangulation is a very specific form of violence, and a real red flag for future attacks.

“It’s really clear that there were several incidents across London on Friday night and the police were under-resourced.

“They shouldn’t be in a position to make a decision between attending a stabbing or violent disorder or a woman being strangled.”

She said her son is just at the age of thinking about becoming more independent, and going to a nearby shop on his own, but that the ordeal has set him back.

This newspaper contacted the police to find out why a response car was not immediately dispatched.

A Met spokesperson, who did not give an apology, said: “Police were called at 8.59pm on Friday, June 11 to a woman requesting police in Wood Vale SE23.

“A disturbance was heard in the background before the call disconnected.

“An officer spoke with the woman shortly after 9pm and established that she was safe and that the suspect had left the location.

“It was reported that the woman had been attacked by a male suspect who tried to strangle her and pushed her head against a wall.

“The woman did not require an ambulance. The incident was recorded as an assault.

“Officers spoke with the woman later on June 11 and made an appointment to take a statement from her on the afternoon of June 14.

“There has been no arrest and enquiries continue.”

Why is this written without specifying the sex of the attacker although the woman attacked and the police both describe him as male?