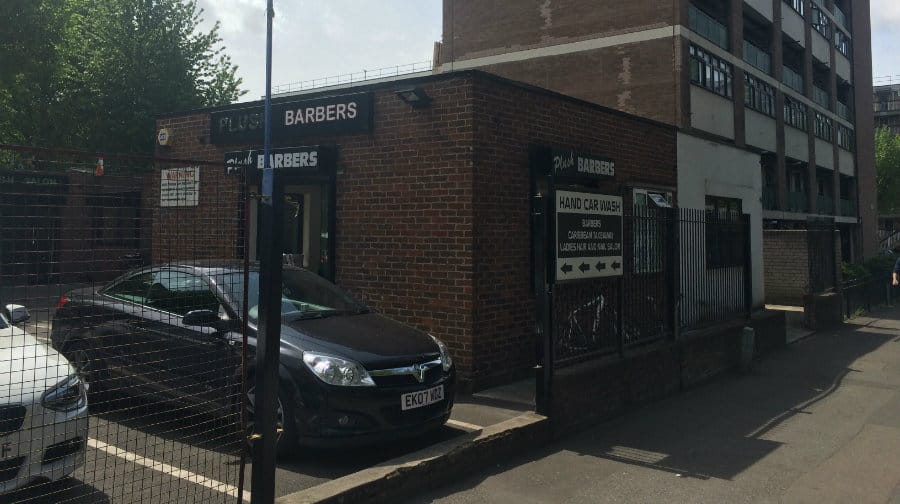 The incident happened at Plush Barbers in Rotherhithe New Road

An innocent woman was shot in the leg at a Rotherhithe barbershop while she waited to get her hair done for a night out, a court heard this week.

Michelle Gayle, 38, was caught up in the middle of an attempt to gun down an unidentified man it is claimed, after she popped into ‘Plush Barbers’ on her way home on May 8.

According to Prosecutor Louise Oakley, Miss Gayle had taken a seat in the waiting area and was reading on her iPad when she saw a man who had been having his hair cut go outside and talk to a group of men.

“As far as she was concerned there was no atmosphere or anything to indicate what was about to happen,” Miss Oakley told the Old Bailey.

A man then suddenly ran into the shop on Rotherhithe New Road in a panic and picked up a mop and used it to try to stop the door being opened, the court heard.

Miss Gayle moved to the back of the shop with the other customers. She heard a “rusty sound” and then realised form the blood running down her leg that she had been shot.

She was rushed to hospital and thankfully made a full recovery.

Alleged gunman Joel Johnson, 27, was captured on CCTV walking towards the barbershop, removing a gun from his right hand trouser pocket before pointing it at the group stood outside, it is claimed.

The prosection claim that two men then ran into the shop and one of them, the one with the mop, was the intended target.

Johnson, of Hatcham Park Road, New Cross, accepts he had a loaded gun and went to the barbershop but denies he intended to kill or injure anyone. He is denying charges of attempted murder, attempting wounding with intent, wounding with intent and possession of a .380 calibre self-loading pistol with intent to endanger life.