“I saw my dad looking like his world was over to now having a new lease of life.” 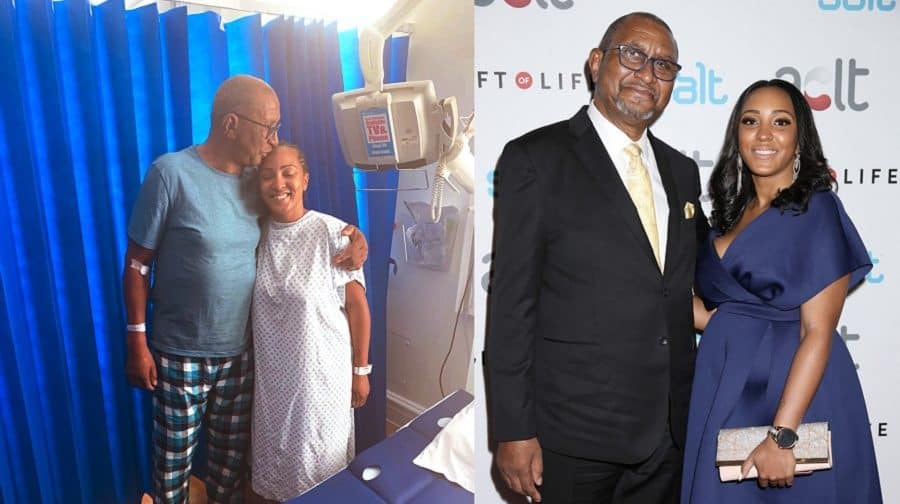 A woman who saved her dad’s life by donating a kidney at Guy’s Hospital is on a mission to raise organ donations in the black community.

Hayley Armstrong, 33, donated her kidney to her dad, Hurlington, last year after he was on dialysis for over a year.

“Seeing him go to hospital three times a week for dialysis, get weaker and his condition consume his life made me feel there was no option but to restore his health,” said the mum-of-two.

Since the donation, her 67-year-old father has been given a new lease of life she says – and has even signed up to the gym.

“At times I’m overwhelmed by how he is now compared with how he was,” she said.

“I saw my dad looking like his world was over to now having a new lease of life.”

“I’ve surprised myself and my friends with how well I’m doing. I’m finally living a normal life,” added Hurlington, a retired carpenter.

Now the father-and-daughter duo have teamed up to increase organ donations in the black community.

On Tuesday, the pair attended the ‘Big Conversation’, an event held at London South Bank University, the first living donation event for black kidney patients and their families.

They wait almost a year longer than white patients for a kidney and are also less likely to receive a transplant from a living donor of the same ethnic background.

“Black people need to have more information and to meet donors and recipients who have gone through it,” said Hayley.

“They often get the wrong idea about donation. Hopefully hearing my story can encourage them.”