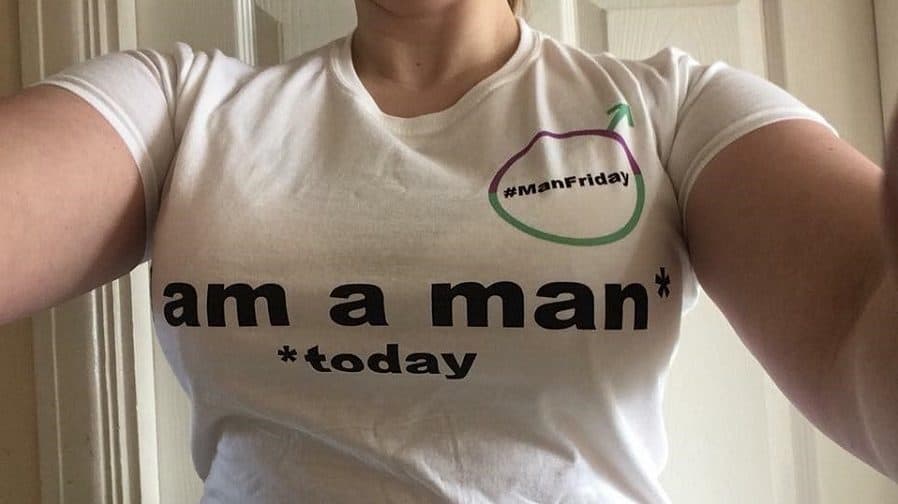 Activists from the Man Friday group say feminist groups haven't been consulted about the proposed changes.

Two women swam at a men-only session at Dulwich Leisure Centre this week – one of them topless – to highlight proposed legal changes that could give people the right to ‘self-identify’ as male or female.

Amy Desir, 30, and Hannah (who asked to remain anonymous) are from the Man Friday campaigning group, which is organised on the online Mumsnet forum.

Last Friday they asked Dulwich Leisure Centre’s reception staff if they could join a male-only swim held at 7pm.

Although initially told they would be unable to join the session, the pair were able to use the men’s changing rooms and swim after saying they self-identified as male.

Hannah said she took part in the demonstration because she felt feminist groups and the wider public had not been consulted properly about the proposed changes to the Gender Recognition Act, which could allow people to change their legal gender without providing any medical evidence.

The group have started a petition calling on a consultation focused on how to protect women and girls in women-only spaces, with six thousand signatures collected.

Describing herself as an ‘accidental activist’, Hannah told the News the demonstration was “two normal women making a point in a bit of ridiculous way,” but that the subject was a serious one which needed more public awareness. She said: “A lot of companies and organisations have already made it their policy to allow people to self-identify. “We are not looking to deny anyone their rights, or cause pain or distress, but we would like to see a proper consultation and for people to understand how these changes will affect all of us.

“A lot of women do not want to get changed next to a man with a penis.

“What about survivors of abuse, or women who can’t for cultural reasons, and children?”

She says they deliberately picked a male-only session as they knew their appearance would cause surprise but was unlikely to leave anyone distressed, saying the fellow swimmers responded “with the best of British upper lip.”

Bernard Reed, a trustee of the Gender Identity Research and Education Society said: “Simplifying the current unduly onerous and degrading process of obtaining a gender recognition certificate, and making it as straightforward as it already is to change the driving licence and passport, as well as HMRC and health records, will just make life easier for trans people.

“At least nine other countries, including the Republic of Ireland and Argentina, have already done this, without adverse consequence. It is time for the UK to catch up.”

Everyone Active, which runs the leisure centre, said it was reviewing guidelines and welcomed suggestions from the public.

“As such, these individuals were welcome to take part in our men-only swimming sessions at Dulwich Leisure Centre on Friday, March 16.

“Prior to these guidelines being published, Everyone Active had also updated its swimwear policy to allow a wider variety of garments to be worn in the pool, with the aim of making swimming a more inclusive activity.

“We are currently in the process of reviewing the guidelines given by Swim England, and are in direct discussions with them to determine how we can best adapt our practices to ensure all customers feel safe and comfortable when using the centre.”