The event at Southwark Cathedral last weekend was the largest Southwark Civic Awards ever held. 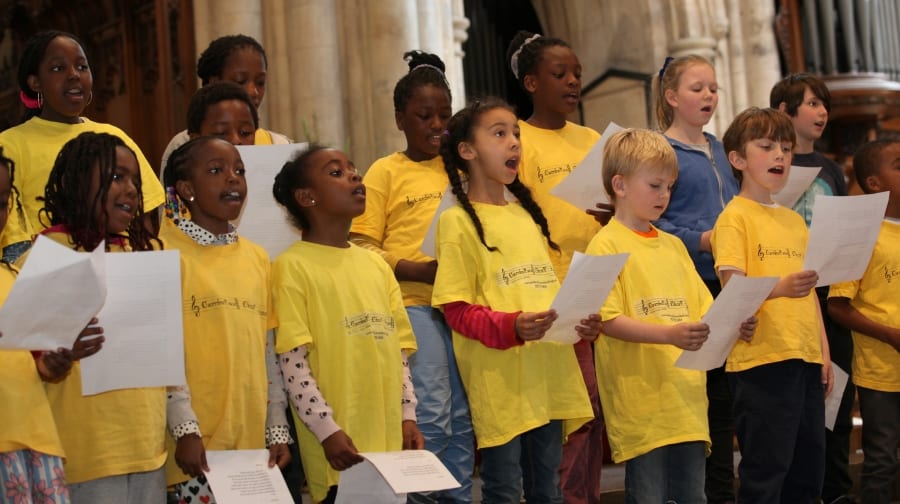 The event, held at Southwark Cathedral, also saw the Mayor-making ceremony for the new Mayor of Southwark, Cllr Dora Dixon-Fyle.

The special Mayor of Southwark’s Discretionary Award was awarded to the United St Saviour’s Charity, which provides sheltered housing provision for Southwark pensioners on low incomes.

The Honorary Liberty of the Old Metropolitan Borough of Bermondsey was awarded to Kagyu Samye Dzong London, a Tibetan Buddhist centre that provides peace and tranquillity.

Gary Cornforth received the Honorary Liberty of the Old Metropolitan Borough of Camberwell for his tireless work over the last 12 years running the Lambeth and Southwark Primary School Football League.

Sarah Wheeler received the Honorary Liberty of the Old Metropolitan Borough of Southwark for her mental health work, including the 2012 founding of the Dragon Cafe, which provides free meals and well-being workshops.

The Reverend Fred Osei Annin, known as Pastor Fred, received a Letter of Commendation for his voluntary organisation which works to combat stigma and prejudice in the church against HIV.

The new Mayor of Southwark said: “It was fantastic to see so many wonderful local residents and community organisations that work so hard for people in the borough being honoured at our Civic Awards.

“For me it has been a 15 year long apprenticeship to become Mayor and I would like to pay tribute to all the colleagues I worked with so far on my journey. Southwark is my community – I’ve attended primary school here, got my first job in Rye Lane here, so I owe a lot to this great borough and I am very much looking forward to serving it in my new role as Mayor.”

She also announced that her two chosen charities will be the Red Cross and the Guy’s Hospital Cancer Centre. She will also be supporting local initiative Mum-Mum Foundation, which helps mothers with cancer.