Wonders of Lego on display at Horniman

Old London Bridge, Temple of Artemis and a safari scene all feature 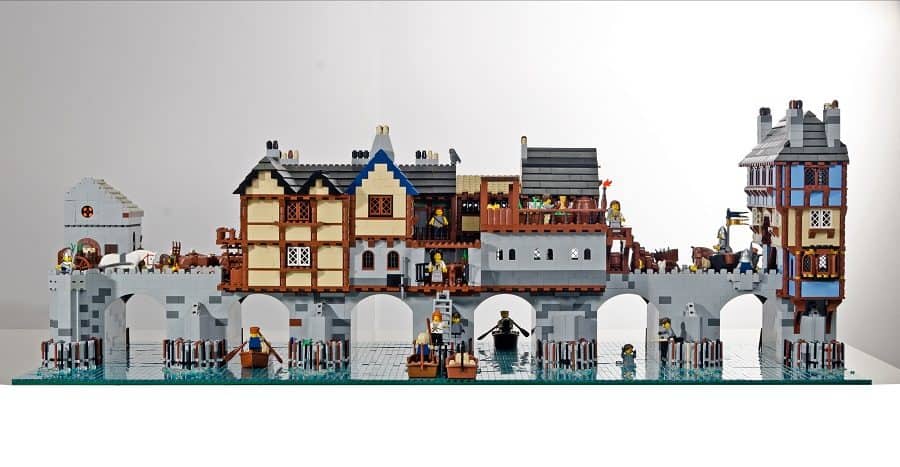 Two ‘wonders of south London’ are among the mini monuments built from half a million Lego bricks now on display at the Horniman museum’s latest exhibition.

Brick Wonders showcases 50 Lego recreations of ancient and natural wonders of the world, with structures from throughout the ages including from an Egyptian pyramid, old London Bridge, a coral reef and safari scene, and the international space station.

Two have been specially commissioned for the museum; a 1.2 metre long replica of the Horniman’s stuffed Walrus, weighing 19kg, and a miniature version of the museum’s original 1901 building, complete with iconic clock tower.

The Walrus has been on display at the Horniman for more than a century and is believed to have come from the Hudson Bay area of eastern Canada before arriving in London to be shown in the ‘Canada’ section of the Colonial and Indian Exhibition in south Kensington in the 1880s.

One of the museum’s most popular exhibits, it is known for being ‘over stuffed’ by its taxidermist, as it is missing its species’ characteristic folds of skin.

Also displayed is the miniature of Old London Bridge. Completed in 1209, the crossing was a main shop, tavern and house-lined thoroughfare from City to Southwark for six hundred years, until its crumbling structure was torn down and rebuilt in 1831.

The exhibition will also feature items from the museum’s collection showing human beings’ fascination with creating miniatures and models in cultures around the world.

Robert Storrie, Keeper of Anthropology at the Horniman Museum and Gardens, says: ‘Brick Wonders is a fun, colourful and interactive family exhibition.

“Visitors can take a tour around the world, through time and into space, and be inspired to build their own brick wonders.

“The focus on imagination and creativity is very much in tune with all the other things we offer at the Horniman Museum and Gardens – from our Aquarium, Butterfly House, natural history and musical instrument collections to our World Gallery.’

Tickets are £5 for children, £9 for adults and £20 for two adults and two children.

For more information and to book tickets go to www.horniman.ac.uk

Southwark NewsNewsWonders of Lego on display at Horniman