The charity event, held at The Den, was organised to help those affected by the terror attacks in London and Manchester in 2017 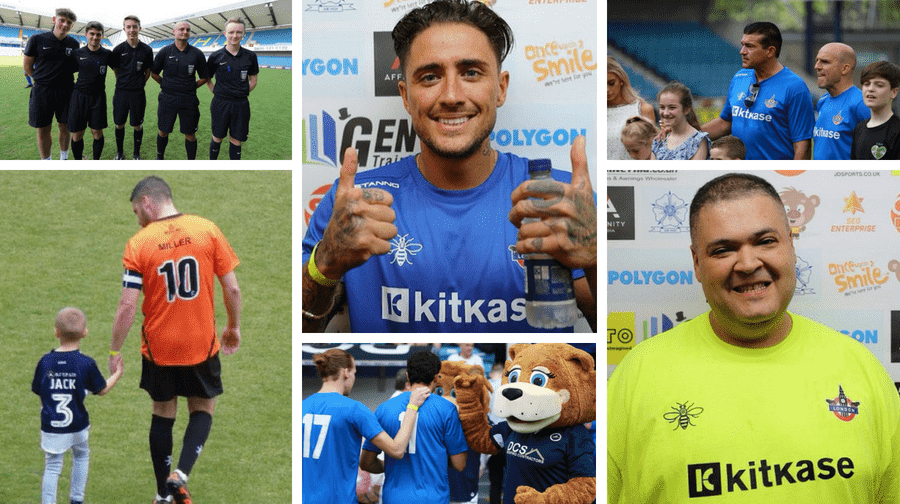 Thousands has been raised in support of terror attack victims after celebrities and emergency services workers battled it out in a charity football match at The Den.

The Wonderwall Cup, held at the stadium on Sunday, May 27, was organised by Millwall’s fan on the board Micky Simpson and Andy Pheby, a Lions fan in Manchester, to help those affected by the terror attacks in London and Manchester last year.

“Everybody had a great day,” said Micky. “The emergency services game probably had 400 to 500 people who turned out to support them and about 1,000 people in total were there watching.

“The atmosphere was more of a good fun feeling rather than a feeling of sorrow; it was more about pride and the two cities coming together.

“Everyone who took part gave their time for free – from the celebrities, to the medical team, the Millwall staff and the photographers – we only had to pay for the stewards.”

Micky said he did not yet know the final amount raised but it was a “good few thousand”.

The money will go to smaller charities which support victims of terrorism and to the emergency services charities.

The Wonderwall Cup was organised with the help of Graeme Preston, Gareth Wright, Peter Heard, Rosie Spearpoint, Melanie Bingham-Atmore, Casey, and Will.

It is expected to be held again next May.

Fourteen people were killed and more than 100 others injured in attacks across London in Westminster, London Bridge and Borough Market, outside Finsbury Park mosque and at Parsons Green tube station last year.

Twenty two people, including a number of children, were also killed by a suicide bomber after an Ariana Grande concert at Manchester Arena on May 22.