“The first properties are expected to be completed in late 2019, with the remaining homes completed early in 2020,” a Notting Hill spokesman said 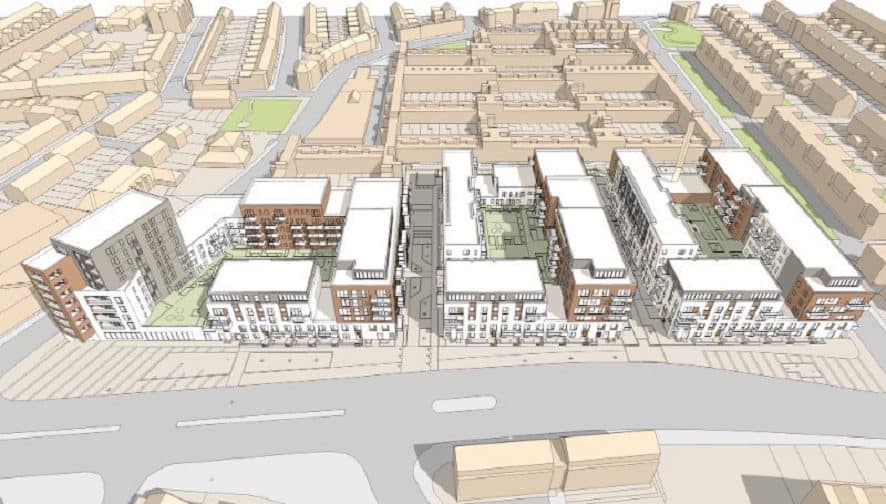 Artist's impression of how the finished Wood Dene will look

Work to rebuild the Wood Dene Estate in Peckham has begun, four years after planning permission was given, and ten years after it was demolished.

Notting Hill Housing Association, who won permission from Southwark Council to rebuild the estate, confirmed that “groundwork has begun” on the sprawling brownfield site in Queen’s Road.

A statement from Notting Hill said “piling work” will begin in August, and that concrete structures will be visible from outside the hoardings “by the end of the year”.

The plans to rebuild the estate, approved on July 3 2013, showed 333 flats will be built (ten more than the original estate).

The council and Notting Hill agreed that 54 flats would be available at social rents, with 63 at shared ownership, and the rest up for private sale.

“The first properties are expected to be completed in late 2019, with the remaining homes completed early in 2020,” the Notting Hill spokesman said.

Notting Hill originally hoped for the estate to be completed by 2017.

The News asked about the progress on the empty site in September last year. Notting Hill responded saying the delays had been caused by “enabling works to construct a new energy centre and sub stations” that had taken “eighteen months”.

Land Registry deeds, published by the 35% Campaign blog, revealed that Southwark Council sold the estate to Notting Hill for £7m. The council secured an agreement whereby Notting Hill will make “overage payments” to the council – giving it a fraction of any excess profits it makes from private sale of the new homes.