Work starts to save Queen’s cake

Community pitches in to repair damage done by Pumphouse squatters 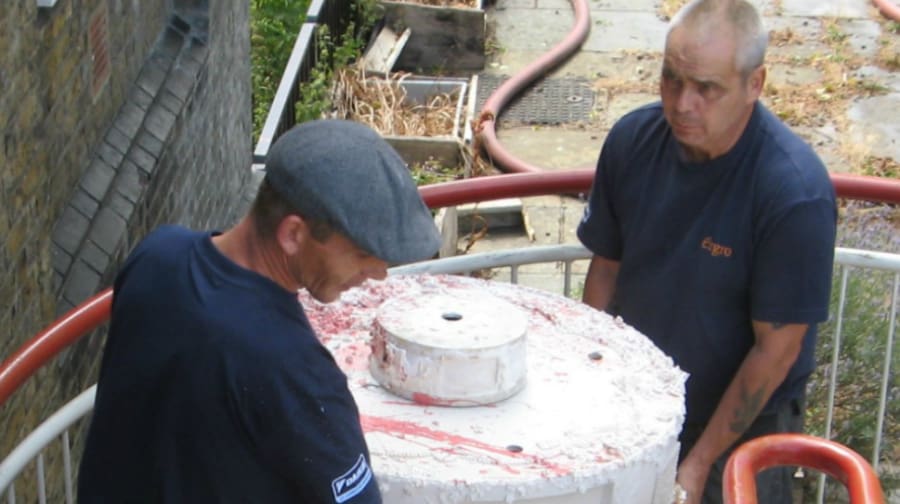 A team of volunteers has offered to help reconstruct a slice of local history after a replica of one of the Queen’s wedding cakes was trashed by vandals last month.

The multi-tiered icing sugar model of a towering cake made by Bermondsey firm Peek Frean & Co for Princess Elizabeth’s 1947 marriage to Prince Philip was destroyed as hooligans covered the inside of Rotherhithe’s historic Pumphouse, one of the area’s last remnants from its proud docking heritage, with graffiti and stripped it of its internal wiring.

The ornate cake, which remained housed in the building long after the Peek Frean Museum vacated as it was deemed too fragile to move, was turned upside down and covered in red paint.

In the last week what’s left of the cake and its display case have been carefully removed and placed in a safe place, awaiting a visit from the British Sugarcraft Guild who will hopefully be able, faithfully to recreate the model.

The Youth Construction Trust in Drummond Road has also begun work repairing the oak case, close to where the original cake was first baked.

Wendy Heller, training manager at Construction Youth Trust, said: “We are located in the heart of Bermondsey and absolutely like to involve ourselves in what is important to the community. We want to be a hub in the community and getting involved in something like this that residents care so passionately about is a great way to do this.”

Bermondsey and Rotherhithe community champions Gary Magold and Steve Cornish are now looking into funding to pay the Sugarcraft Guild for their work and hope to have a complete new cake and case in time for the Queen and Duke of Edinburgh’s 70th Wedding anniversary in November 2017.

Southwark Council evicted squatters from the 1920s Pumphouse, which originally housed equipment for levelling the water in the docks, on July 10, revealing the extent of the devastation within.

A website and Facebook page were set up within 48 hours of the discovery by the community and English Heritage was contacted to see if the building can be listed.