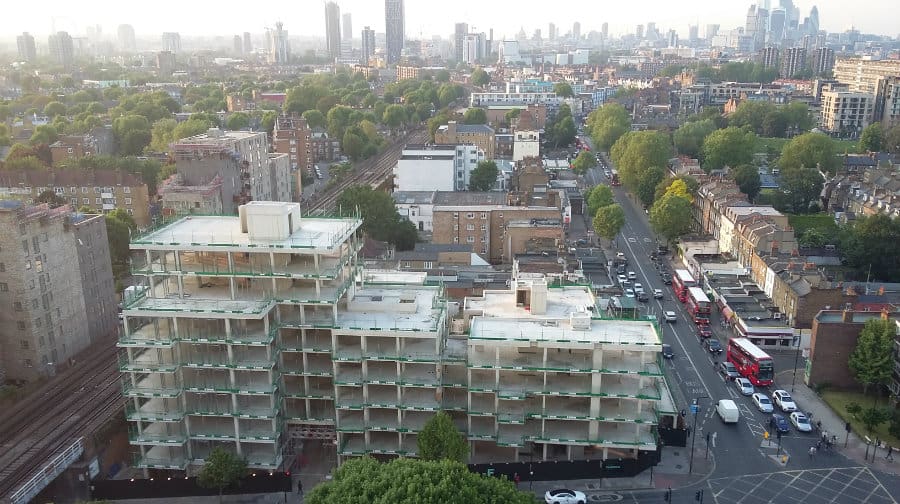 Works are set to resume on a huge Camberwell building site that has been deserted for over a year, and which locals said was creating an “eyesore”.

Work started in 2014 to build three huge blocks of new homes on a vast patch of land between Wyndham Road, Crown Street and Camberwell Road.

But local resident Stephen Bourne told the News he wanted answers after thirteen months passed since builders cleared off on July 5, 2015.

“All the workers just downed tools and left,” said Stephen, whose bedroom overlooks directly onto the giant half-built blocks below.

“I asked around and I couldn’t find out, but it is just so strange. It’s also a terrible waste, not least because there’s private security and lighting there at night time.”

The News understands that Parritt Leng Construction & Management Ltd, the company who had planning permission to build the flats, is now in liquidation and in the process of being “wound up”.

But the site was recently bought by housing association A2Dominion, whose spokesperson said: “A2Dominion owns land to deliver 76 new homes on its site at Camberwell Road.

“We are currently making preparations for the appointment of a new contractor to complete the development of our scheme. Although this has caused some delay, we remain committed to completing the development in 2018, and are keeping Southwark Council informed of progress.”

Mark Williams, the council’s cabinet member for regeneration and new homes, had previously called it “unacceptable” that work has stopped when more homes are so needed.