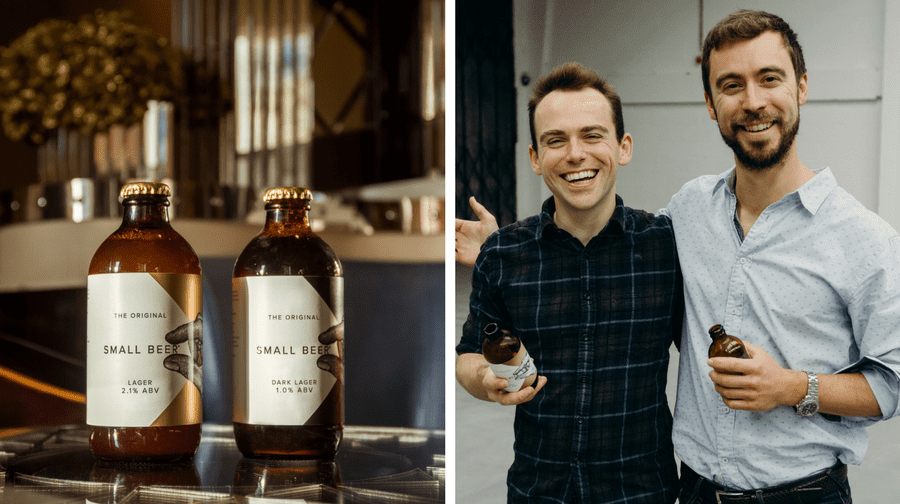 The world’s first small beer brewery has opened its doors to the public in Bermondsey.

After scouring pumps at pubs and restaurants for low alcohol beer with good flavour to avoid an unproductive afternoon at work or a sore head the following morning, James Grundy and Felix James decided to set up their own brewery.

The pair, who met while working at Sipsmith Gin, found a gap in the market for small beer brewed between 0.5% and 2.8% ABV (alcohol by volume) without compromising on flavour.

In 2016 they set up Small Beer Brew Co, nestled in Verney Road just a stone’s throw away from South Bermondsey station, began trading in November 2017, and threw open their doors to the public yesterday (Wednesday).

Speaking to the News, 30-year-old James, who lives in Peckham, said: “We noticed the lower alcohol beer had this flavour missing and we thought that can’t be, surely there must be an option that allows you to have all of that great taste but doesn’t knock you for six.

“What we knew was that traditionally brewing is all about getting the maximum amount of alcohol from your raw material but that wasn’t going to work for us so we needed to flip the whole process on itself to maximise the flavour profiles but minimise the alcohol we had acquired during the brewing process.

“We actually designed the kit for the brewery and went to contractors to build it and they said ‘you are not going to be able to brew beer with this’.”

James explained small beer was popular during the 1700s when water quality was poor.

“Historically, small beer was always brewed between 0.5% and 2.8% ABV and it was made as a second running, so people would brew their big beer at 5-6% and then had a second running which meant you had far less fermentable sugars,” he said.

“It was actually also brewed in homes by women and it was given to everyone from schoolchildren to high society – it was a staple and it was drunk as an alternative to water because the water quality at the time was dangerous.

“This was a part of day-to-day life as much as bread was but after water filtration methodology emerged, the art of its production was lost so our aim is to bring it back.”

Small Beer Brew Co uses 100 per cent green electricity and all of the brewery’s labels, boxes and business cards are completely recyclable.

James and Felix, 31, who lives in Catford, have also tried to reduce water waste in the brewing process; typically eight to ten pints of water are used to produce one pint of beer but they have got it down to one and a half pints for one pint of beer.

They also believe their brewery to be the only dry floor brewery in the whole of the UK.

The brewery will offer beers on draught as well as food and the community will be able to use the space for events, exhibitions and music.

It will be open to the public Thursday-Saturday and details of opening hours and events will be available on the brewery’s social media accounts.