Writer tracks down Nunhead grave of Jack the Ripper suspect 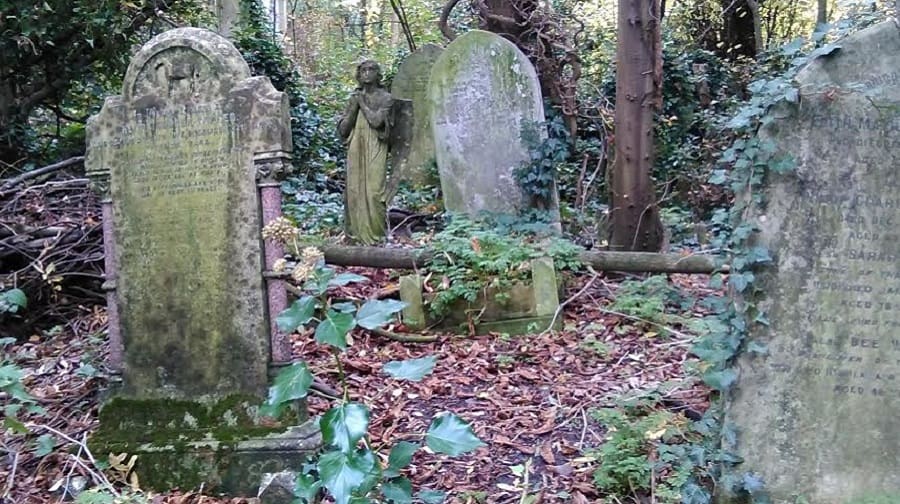 The plot where Jack the Ripper suspect Thomas Cutbush is believed to be buried in Nunhead Cemetery (Credit: Rebecca Bullock)

After 26 years of tireless research, an author believes he has uncovered the final resting place of Jack the Ripper suspect Thomas Cutbush.

David Bullock was still a teenager when he began delving into the case of Cutbush, whom he regards as the most “viable” Jack the Ripper suspect.

His research led to him gaining unique access to Cutbush’s files from his time in Broadmoor psychiatric hospital and uncovering his family plot in Nunhead Cemetery, where he believes Cutbush is buried.

In his book, The Man Who Would Be Jack, Bullock sets out his case for believing Cutbush was the gruesome serial killer, and describes his resting place for the first time.

A composite of Thomas Cutbush from detailed descriptions of his appearance. There are no known photographs of him. (Credit: Steven Bullock)

“Ever since I came across Cutbush I’d been trying to find out the beginning and the end of his life and it was a missing piece of the jigsaw,” said the 41-year-old author, who also works full time as a PCSO.

“People always said he died in Broadmoor, but looking at the files I could see he wasn’t buried there.

“I found his grave by finding out where his other family members were buried, thinking maybe they were buried in the same place.

“He is buried in Nunhead Cemetery – formerly named All Saints – which was known as the Dead Cemetery because it was one of the Magnificent Seven cemeteries created to bury the dead in London and it was left to become overgrown and woodland.

“What’s fitting about Cutbush’s grave is that the area where his tomb is is covered in ivy and bramble.”

Bullock, who lives in Reading, began researching the Jack the Ripper case as a teenager 26 years ago and worked on the book for ten of those years.

He says over a hundred suspects have been named over time, but that only a few are “viable” once you “break them down”.

“When you look at the criteria of what makes a viable suspect there are five or six boxes you need to tick,” he explained.

“Cutbush ticks them all; he worked in Whitechapel at the time and knew the area like the back of his hand; he had a hatred towards prostitutes; and his family and friends believed he was linked to this because he had an obsession with medicine and surgery and anatomy.

“He studied medical books and drew pictures of mutilation and would tell people he was a doctor when he wasn’t.

“He associated with prostitutes – this has been confirmed by his family – and he believes he contracted a disease from one of them and because he thought he was a doctor he self-medicated and over self-medicated and ended up with a disfigurement.

“He was arrested in 1891 for attacking two women and the series of murders stopped.”

“I was ready to accept that he wasn’t the suspect and set off completely unbiased,” he said.

Jack the Ripper killed five, possibly six, prostitutes in Whitechapel in 1888, and was never identified.

The Man Who Would Be Jack is available in paperback, e-book and audio book.

Thomas Cutbush being Jack the Ripper was an invention of the Sun newspaper in 1894.