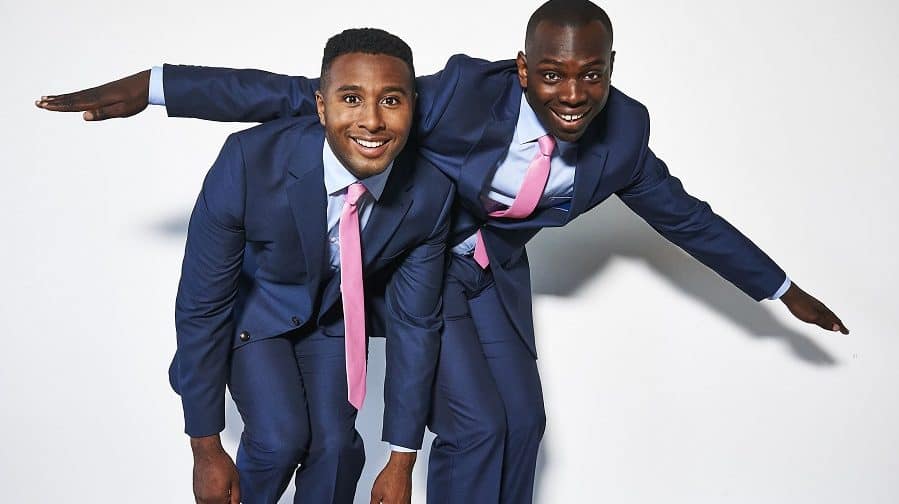 The Aylesbury Estate is the star of a new BBC comedy show starting on iPlayer next week written by one of its former residents, writes Susie Kellie…

BBC Three’s Enterprice follows the ‘lovable but unpredictable’ Kazim and his more serious-minded business partner Jeremiah, as they try and make a hit of their home delivery service Speedi-Kazz.

The Beeb says it is ‘Funny, slightly surreal, and totally unpredictable’ and claims ‘Elephant and Castle has never looked so cinematic’.

The programme is written by and starring local talent 25-year-old Kayode Ewumi, with Trieve Blackwood-Cambridge.

Kayode, who plays Kazim, grew up on the Aylesbury before his family moved to East Street.

The former English Martyrs St Thomas the Apostle in Peckham schoolboy told the News: “My borough has been in the press lately for very negative reasons. I choose Aylesbury Estate to try and bring some positivity.

“Aylesbury estate on the show is beautiful, nice and pretty. There’s no violence – more like a light-hearted narrative to the show.”

Kayode burst onto the scene in 2016 as Mr ‘roll safe aka triple threat’- the star of Internet series #HoodDocumentary which went viral hours after its debut and led to an extended version launching on iPlayer.

“Enterprice is about perseverance”, he says. “Kazim and his best friend are both Nigerian boys who have to prove themselves – something I had to do when I was growing up.”

He created Enterprice after taking a break from acting to focus on writing, in 2017, and also used the time out to help young people in Southwark get into the performing arts.

Last year he  attended the ‘Confidence versus Courage’ talk at the TED theatre in Peckham, and also launched ‘film stars’ – acting projects for children at his local church.

He says: “I’m a story teller. I enjoy writing whatever comes to heart. I work alone and truly enjoy what I do. It is always better to just live in the moment.”

Kayode also has no plans to leave the borough anytime soon: “It’s my home. It represents love, creativity and perseverance.

“The way Southwark is being portrayed on TV is terrible – especially in the height of knife crime.

“Enterprice is like a love letter for Elephant and Castle from me as a way to say ‘thank you’ to my borough.”

Enterprice is available on Thursday, November 29 on BBC Three as a Boxset, and will be repeated on Friday nights after the Graham Norton Show.