Police are still investigating the unsolved crime, which has been dogged by unreliable evidence 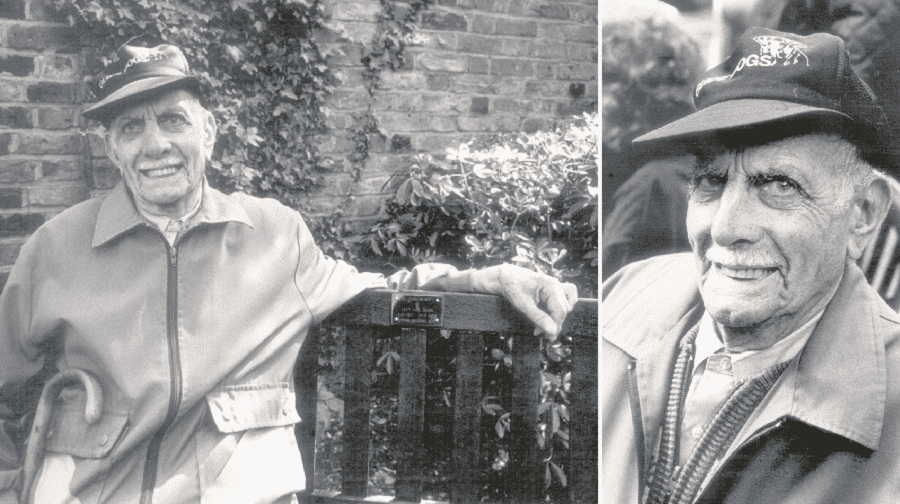 An elderly war hero from Camberwell who died in 2010 after being violently attacked and robbed on his doorstep was “unlawfully killed”, a coroner’s court heard last week.

Geoffrey Bacon will be remembered for his fascinating life, which saw him chauffeur for General Monty during the D-Day campaign. He also drove for US president Dwight Eisenhower while he was Supreme Commander of the WW2 Allied Expeditionary Force.

The 91-year-old was violently robbed in April 2010 as he unlocked his front door after walking home from Morrisons.

Geoffrey was thrown to the floor, shattering his hip, and punched in the face. The robber took just £40 and an out-of-date bus pass before ransacking his home.

He died eleven weeks later after collapsing in his care home in Ramsgate, Kent, on August 5, 2010.

His former care home manager Cheryl Weatherly told the hearing at Southwark Coroner’s Court on January 27 that the veteran “talked to staff about the assault on himself and displayed a bitter outlook on his assailant and where he had come from”.

“He showed independence, dignity and pride. He felt the neighbourhood had let him down,” Cheryl said. “He was in my care for three weeks and it was one of the saddest cases I have witnessed.”

The assistant coroner, Dr Philip Barlow, said: “The lack of mobility he had was a result of the assault and the fracture of the left hip left him with deep vein thrombosis in the left leg.

“It went through the blood stream and caused a pulmonary embolism. That was the cause of death.”

Detective Inspector Nathan Eason of the Homicide and Crime Command explained at the hearing why Scotland Yard’s investigations had been fruitless, despite interviews with 33 people.

DI Eason said: “On the day of the incident a power outage took out three blocks so no CCTV was found. A partial DNA profile was found on Mr Bacon’s jacket, potentially while the assailant was removing something.

“A hair was also found on a piece of tissue and Mr Bacon had said in his witness statement that when the suspect left the flat he has some tissue in his hand.

“Unfortunately we have not been able to see if the hair, which we still have, is Mr Bacon’s or the offender’s.

“The partial DNA profile is not suitable for putting into the DNA database to be searched, but we search it in the database every six months to a year.

“Thirty three people were investigated in great detail but unfortunately they were eliminated.

“The investigation is now complete, all the leads have been exhausted but in the future as DNA is improved more information could come out of that DNA profile.”

Dr Barlow said: “The evidence that I have received shows that he was determined as he could be to be independent and it was that spirit that got him through his life adventures.

“He suffered a fracture of the left femur and was moved to Norfolk House care home and developed deep vein thrombosis, and then a pulmonary embolism.

“He collapsed and died in the ambulance on the way to hospital.

“The evidence makes absolutely clear that he was fully mobile and independent before the assault.

“It was the embolism that was the cause of death. My conclusion therefore is one of unlawful killing, I am satisfied that that is the correct conclusion.”

Mr Bacon was also a retired postman and a widower to his wife Edith.

In 2013, Geoffrey’s son Philip Bacon and daughter-in-law Jean, from Kent, appealed with the Met Police, who offered a £40,000 reward. If anyone has any information that could help the investigation, please call 101, or call us in confidence at the News.