WW2 prisoner’s long lost family photos reunited with rightful owner, thanks to a little help from our readers

The photos were originally found by a Sydenham man who came across them in a shop while on holiday in Poland, what caught his eye were the photos' addresses: from Bird in Bush Road, Peckham 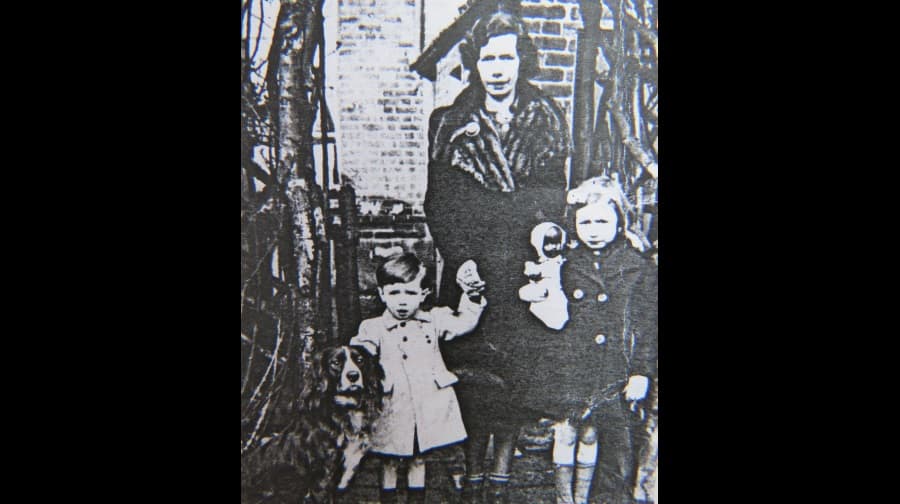 Long lost family photos, once sent to comfort a WW2 soldier from Peckham imprisoned in a Nazi POW camp, have been reunited with their rightful owner.

The News reported last month that Sydenham man, Stefan Black, had approached the paper with old black and white snaps he discovered in a shop in Krakow, Poland while on holiday.

The photos showed the smiling faces of a doting family, and on the back they were addressed to a Charles Henry Ward, a prisoner in Stalag VIII-B, Lamsdorf (formerly part of Germany). But what caught his interest was the sender’s address – from 14 Bird in Bush Road, Peckham.

With Stefan’s help, a story was published appealing for help to find the descendant of Charles Ward.

A fortnight later, Kate Ryan, a genealogist from Dartford, got in touch having read the story online, and told the News she found the identity of Charles Ward’s daughter: Jennifer Friend, now living near Maidstone.

We contacted Jennifer, 77, who explained everything. “The two soldiers standing side-by-side are my father, Charles, and possibly his brother Jack,” Jennifer said, “but everyone called him Nobby”.

“The lady and two children shown in another photo taken in the back garden of 14 Bird in Bush Road is of my aunt Ciss (Florence Montague) she was the wife of my dad’s half-brother James Montague, and the two children in the photo are Derek and Joan Montague.

“Aunt Ciss was the person who asked the Red Cross to locate the whereabouts of my dad.  He had been reported missing in Crete on October 13, 1941.”

“What I know is that Charles was captured in Crete. He must have been taken him from there to the prisoner of war camp, which is now part of Poland.”

But after the war it appears Jennifer’s mother and father went their separate ways.

“My mother found some else,” she said. “She also had another child.

“It was really horrible after the war because my father hated my mother, and he took me away from her. The photos of my mother have her torn out. It doesn’t make for happy reading.”

“But,” she says, “My uncle and my aunt were marvellous. They wanted to adopt me so that my father could try and start again after the war.”

Jennifer added that her father and her uncle were two of ten children.

Stefan told the News last month that he believed the photos had made their way to Jennifer’s father, Charles, thanks to an agreement Nazi’s had made with the Red Cross, which allowed prisoners to still receive letters from their loved ones at home.

“I was rather touched by it because she was sending him photos,” Stefan said.

“The Red Cross were the ones who organised for the prisoners of war to have post sent to them. But somehow they ended up in that shop where I found them,” Stefan said.

From exploring the public Forces War Records, you can find that Charles, whose service number was 219863, was stationed in Crete before he was captured and sent to Stalag VIII-B.

Stefan, who works as an architect, said he also learnt that the camp was overrun by Soviet Russian forces in May 1945.

He said most of the British prisoners of war would have fled as the Soviets advanced, perhaps in such a hurry that Charles would have left the photos behind.

However, the military records show that he was formally reported missing on October 13, 1941.

There is also an unconfirmed note that Ward could have received a Star medal, which was awarded to all soldiers “if their service period was terminated by their death or disability due to service”. But thanks to Jennifer, we now know that Charles made it home safely.

Southwark NewsNewsWW2 prisoner’s long lost family photos reunited with rightful owner, thanks to a little help from our readers