The newly-signed lion will now face a trying regime of training on Wednesdays, Thursdays and Saturday mornings, as well as matches on Saturdays and Sundays 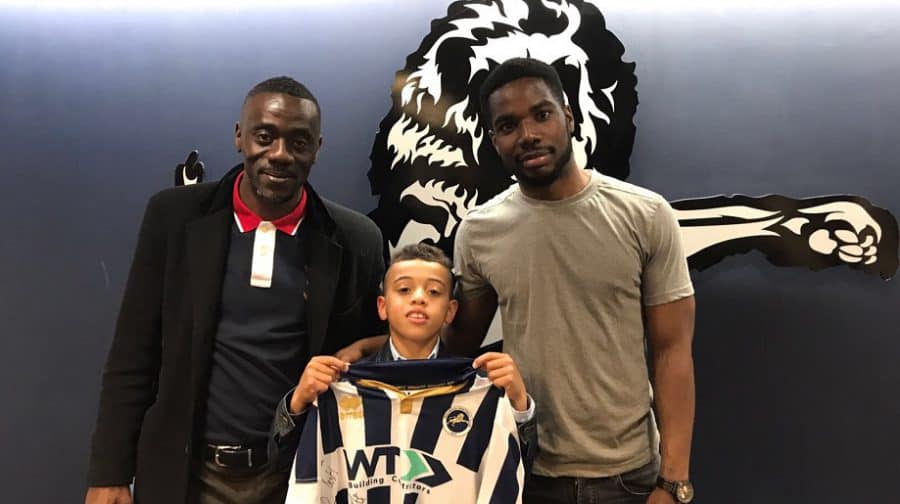 Millwall has signed a delighted seven-year-old on a two-year contract for its Youth Academy.

He was spotted during try-outs by scouts from Charlton and West Ham who were also eyeing him up. But it was the Deptford lad’s local team who got the lion’s share by signing him first.

Having trained with YFC Vista since he was five-years-old, he has now become the third youngster to john the Millwall FC Academy since it launched in 2013.

Kyliane’s dad Gerrard Kasson told the News he was “so proud and happy” with his little boy.

“It’s taken hard work from everyone, including the family and his coaches at Vista.

“On the day he was spotted, the guys from Millwall came over and said ‘your boy is really good and we want to work with him’.”

Gerrard, who moved to London from France seventeen years ago, said he had always played football as a child, as did his brothers-in-law. He said Kyliane’s mum was very athletic and very good at gymnastics.

The newly-signed lion will now face a trying regime of training on Wednesdays, Thursdays and Saturday mornings, as well as matches on Saturdays and Sundays.

Gerrard added: “he scored two goals in his first match. He’s midfield, but he could play anywhere on the pitch. At that age they play kids everywhere and he’s very confident.”

The proud dad said it was “too early” for his son to understand the significance of the move, but that he loves getting to play.

“It’s been great to see the results of all the training he’s done with Vista – thanks to all the coaches and volunteers for your support. Kyliane will always remain a VISTA boy,” he said.

“We couldn’t be more thrilled for Kyliane on his fantastic achievement which is very much deserved. Kyliane has been with Vista since he began playing at five-years-old and since then he has trained consistently to a remarkably high standard,” said Shane Glasgow, director of Youth and Community Football Development at YFC Vista, supported by Delancey.

A Millwall spokesman said: “A lot of hard work goes on behind-the-scenes to attract some of the best young players from the local area to Millwall.

“In recent years, and especially under Neil Harris, there has been a clear pathway for players making their way through the Academy to the first team. Youngsters know that they will be given opportunities providing they apply themselves in the correct manner at all times.

“That makes Millwall a very attractive club for any young player in our area and it’s exciting to see the progression of those continuing to make their way through the ranks.”