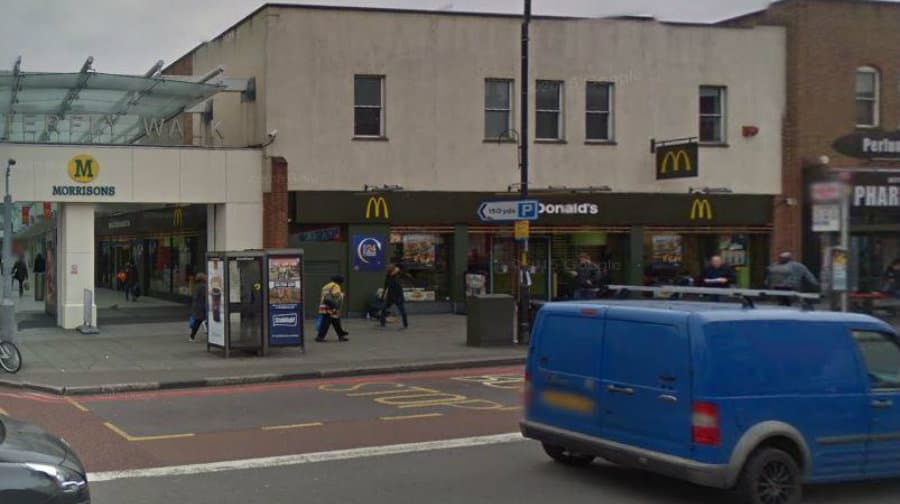 A young man was found bleeding inside the McDonald’s  in Butterfly Walk, Camberwell last night after a suspected stabbing incident.

Police were called at 12.32am with the London Ambulance Service to find the man, aged at least 20, with a leg injury.

He was taken to a south London hospital where he remains in a stable condition.

A Met Police spokesman said officers believe the man made his way to the McDonald’s after sustaining his injuries.

A police cordon was put up on Coldharbour Lane, Denmark Hill and Camberwell Green, and the road were closed until about 7am this morning.

Enquires continue to establish where the incident occurred and there have been no arrests so far.

Any witnesses should call 101 to help Southwark Criminal Investigations Department with their enquiries.