The winner is to be announced this Friday 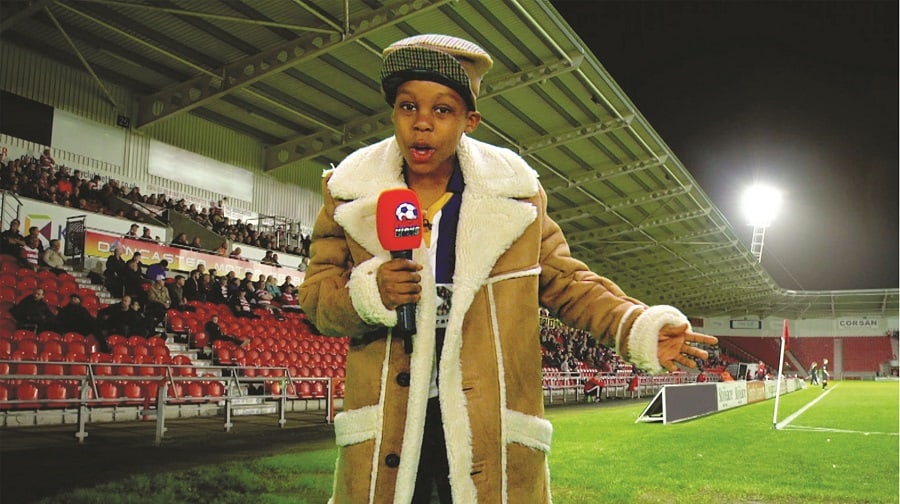 A young Millwall fan is on the way to becoming the next John Motson, after reaching the final of a prestigious commentator competition.

Akai Coleman, 12, is one of 118 entrants in the competition, run by Nickelodeon as part of their weekly English Football League programme, Nick Kicks, on Nicktoons.

For his video entry, Akai chose to commentate on Aiden O’Brien’s goals against Scunthorpe and AFC Wimbledon, and Steve Morison’s strikes in wins over Chesterfield and Oxford United.

The overall winner is set to join Nick Kicks presenters Roman Kemp and Rachel Stringer pitch-side to commentate on this season’s Championship play-off final at Wembley.

Akai, who lives in Canada Water, and whose favourite football personalities are Gary Lineker and Alan Shearer, explained to the News what attracted him to Millwall. “I like the energy in the stadium, the fans are so enthusiastic with the way they support the team. It’s exciting going there.

“My favourite player is Steve Morison, he scores so many difficult goals. And I like how Ben Thompson plays in midfield.”

Akai’s mum, Adede, added: “Millwall is the closest club to us, and it’s not too expensive to go there. Akai loves it. He loves sport. When we’re watching it on TV he’s commentating along to all the games.”

You can see Akai in action in this compilation video (below) in which he is the first commentator featured.

A #Millwall fan has been announced as a @Nickelodeon's Nick Kicks Diddy Pundit finalist!