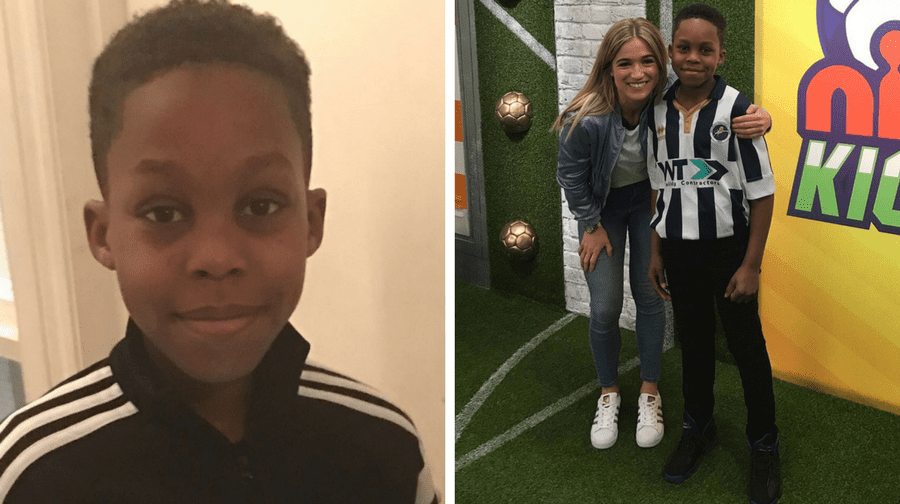 A young Millwall fan could be the next big name in the sports commentating world after beating dozens of other children in a competition.

Akai Coleman, aged twelve, has won himself a pitch-side spot to commentate at the Championship play-off final at Wembley on Monday, May 29.

The youngster beat 117 other entrants in the competition run by Nickelodeon as part of their weekly English Football League programme, Nick Kicks, on Nicktoons.

For his video entry, Akai chose to commentate on Millwall player Aiden O’Brien’s goals against Scunthorpe and AFC Wimbledon, and Steve Morison’s strikes in wins over Chesterfield and Oxford United.

The News reported last week that he had made it into the final of the competition, and was waiting to hear who had won.

He said he was relieved when his mum, Adede, broke the news to him after she pretended he was in trouble and had to spend the bank holiday Monday in detention at school.

“At that moment I felt very happy and proud of myself for this achievement,” said Akai, who lives in Rotherhithe.

“I love football, commentating, punditry, journalism, and acting, so this is a very proud achievement for me. I felt very happy and overwhelmed and joyful.”

Akai said he found the atmosphere at the Millwall v Bradford match on Saturday “electrifying” and that he hoped it would be the same when he commentated on Huddersfield v Reading on Monday.

“I just loved it there,” he said. “All the fans were going wild and having a great time and hopefully it’s the same for Huddersfield v Reading, because I’m going to be in my suit commentating.

“I’m just really excited for it and I hope everyone tunes into the match and watches me commentating.

“At the end I will be commentating on some highlights as well and interviewing some Huddersfield or Reading players.

“I want to say a massive thank you to Nickelodeon for giving me this opportunity and to Southwark News for interviewing me and putting me in the newspaper for everyone to see.”