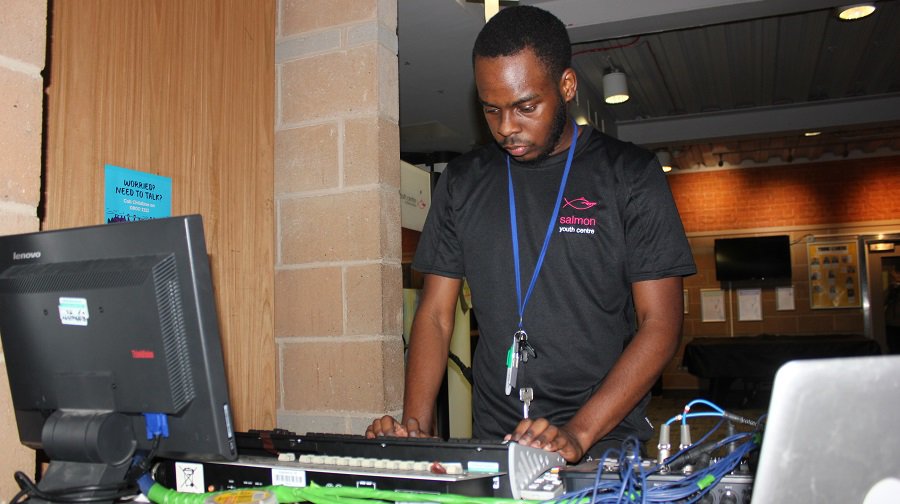 A youngster who turned his life around and started his own business despite being kicked out of six different schools has credited his transformation to a Bermondsey youth centre.

When Toshawn Morgan was a child, his mother was often in and out of headteachers’ offices fighting for him not to be kicked out of school.

The youngster, now 20, felt misunderstood and would get into fights with other pupils and have outbursts when teachers told him to do something.

He had trouble reading and writing and it wasn’t until he was diagnosed with Asperger’s, dyslexia and global delay that things started to improve.

At the age of about twelve or thirteen, Toshawn was sent to the Complete Works – an alternative education provider based in the Salmon Youth Centre building in Bermondsey – and soon got involved with Salmon, which is when his life changed for the better. “The diagnosis took a lot of stress off mine and my mum’s shoulders,” said Toshawn, from East Dulwich. “For a long time my mum had been fighting to find out exactly what was wrong with me.

“I felt like I now had an answer to give to people as to why I acted in certain ways. I felt empowered by it, in a way.

“When I first started at Salmon I was really, really bad and there were times when I was asked to leave the premises.

“But my life changed a lot because there are a lot of staff there who want to help people and I was given lots of opportunities to volunteer and that’s when my life changed because I felt like I had someone that believed in me.

“I’ve always had a technical mind but I didn’t have the outlet to express it until I was given the opportunity at Salmon. “I went from doing the spotlight to controlling all the lights on the big lighting desk, and then setting up the PA system.”

Toshawn was later accepted into the prestigious BRIT School for Performing Arts and Technology, where the likes of singer Adele attended, graduating with a Level 2 Diploma in technical theatre and arts.

“I was told I wouldn’t get into Brit School because of my background but I did and that was another of the turning points,” he said.

“To be able to go into a mainstream school and just to be able to do what I want to do, it really changed me as well and made me more confident.”

Toshawn is currently studying a one-year business apprenticeship at Salmon and has started up his own business – T Force Lighting and Sound. He now aspires to provide the same support to young people as he received himself.

“I just want to take the business to the next level and help other children to get involved and turn their lives around,” he added.

“My advice to them would be to just find something to occupy yourself.

“Try and find a youth club to go to just try to take your mind off things and see what support is available for you.”