Cameras rolled to film scenes for Recon-1, a movie about a squad of eight Special Forces soldiers assigned a suicide mission to rescue a scientist 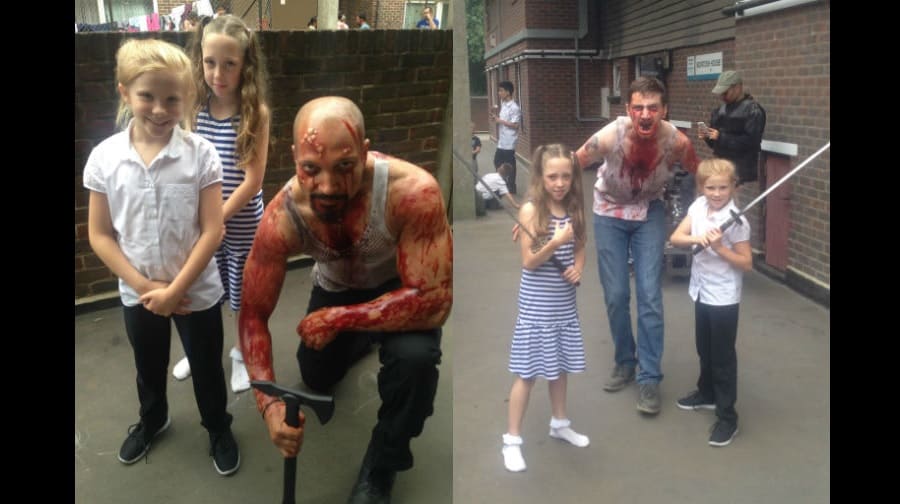 Rotherhithe’s Silverlock Estate was alive with the undead this week as filmmakers shot a new zombie movie.

Cameras rolled to film scenes for Recon-1, a movie about a squad of eight Special Forces soldiers assigned a suicide mission to rescue a scientist from a city ruled by the undead, due out in 2017.

Keeley Pettengell, a Tissington Court resident said: “You could see all the children watching and trying to work out what was happening.”

Terri Thwaites added: “The kids loved it, especially my son as he loves zombie films.”

Terri  recorded the day with lots of photos when, between scenes, the cast made themselves available for the local, somewhat confused, children.

Keeley told the News that having the film crew on the estate created a sense of community: “It got residents out of their houses, which some wouldn’t normally do, and everyone was talking to each other like they’ve known each other a lifetime.”

But not everyone was happy.  One resident, who asked to remain anonymous, complained: “No one received letters saying what was going to happen; all I heard was this screaming and shouting from eight in the morning to ten o’clock at night… It’s not funny when you’ve got people dressed up like that running about!”