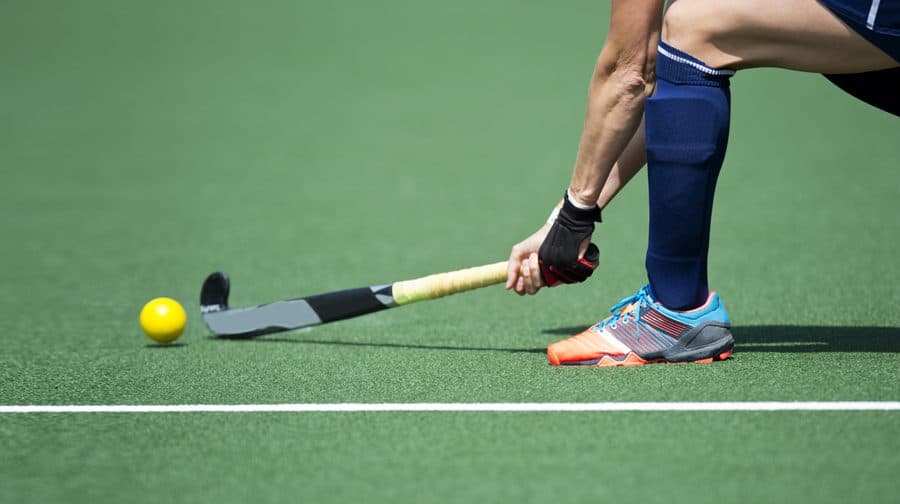 BERMONDSEY HOCKEY club London Academicals claimed a hard-fought 4-3 victory at home last weekend against the bottom side in the South Premier League to maintain their promotion hopes.

After a mixed start to the second half of the season, it was crucial that the Accies gained all three points at their Bermondsey ground on a bitterly cold Saturday afternoon against Purley Walcountians to preserve any promotion aspirations.

Following an inspirational-as-ever team-talk from captain Joe Melly, one which focussed on how the team would put a halt to the frailties that had crept in since the winter break, the Accies started sprightly in spite of several absences from the squad.

A compact defence, with half-backs Ed James and Will Church forcing the opposition forwards into the wider regions of the pitch, compressed the space that Purley were able to play in, frustrating their playmakers and limiting their opportunities. The few attempts on the Accies’ goal that Purley were able to forge in the first half of the game, goalkeeper Harry Bamber was more than equal to.

The patience shown by the Accies was eventually rewarded after 20 minutes, when James Brooke, who was clearly eager to impress the crowd, found himself with a yard of space in front of the Purley goal. No second invitation was required for Brooke, who finished with finesse into the bottom corner with a reverse-stick shot.

More chances for the Accies followed thanks to some typically fine build-up play from Hamish Miller and Arion Alexopoulos. One such opportunity reached Eb Mukhtar within a foot of the goal, who in his element in this kind of situation, pounced on the goal-mouth scramble to tuck away the ball to take his personal tally for the season to eight goals, and more importantly, to double the Accies’ lead just before the half-time break.

Melly’s half-time team talk, which reinforced what was spoken about before the game, clearly had an effect. The Accies soon doubled their half-time lead, first through Simon Coles, who also finds himself amongst the league’s top scorers with eight goals for the season. Then Melly deflected a well-worked short-corner routine into the net to make the score 4-0 with 20 minutes left.

Similar to recent weeks, however, the Accies failed to complete a 70-minute performance, taking their foot off the gas, losing their structure, and allowing Purley to capitalise on the spaces that opened up.

At 4-1 with just six minutes remaining, Melly uncharacteristically lost his cool, booting the ball away from an opposition player looking to quickly restart the game. Melly received a yellow card for the incident, forcing him to watch from the side-line for the remainder of the game. Further spaces opened up for Purley as a result, and they punished the Accies by scoring two more goals.

The Accies defence, led by Tristram Gargent, manged to close out the final two minutes of the game out without any further damage, ensuring that they claimed all three points.

With results going their way last weekend, the Accies will be looking to continue their winning streak away at Blackheath & Elthamians this Saturday in order to keep the pressure on the league leaders, and to continue their push for promotion into the final stretch of the season.