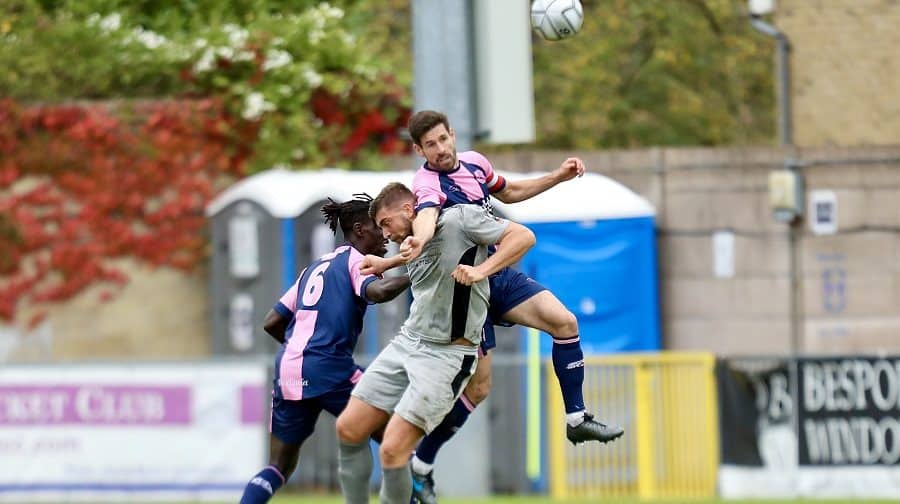 By Ben Henderson at Champion Hill

Dulwich Hamlet suffered a defeat at the hands of Chippenham Town in their first home game of the National League South season last Saturday.

The Hamlet weren’t able to recover after Chippenham striker, Chris Zebroski, scored in the 33rd minute, and the visitors deserved their victory.

The home side started the game the brighter of the two teams with their wingers – Tyrique Hyde and Diogo Barbosa – causing Chippenham trouble with their pace in behind.

After fifteen minutes, the ball fell to Korrey Henry in the Chippenham box, but the Dulwich striker blazed over the bar.

Minutes later, Hyde burst down the right flank and whipped a cross towards the far post. Lewis White met the ball with an acrobatic volley but he couldn’t keep his strike down.

After a breathless half-an-hour, Zebroski, who had come on as an early substitute, wasted little time making an impact as he scored Chippenham’s opening goal with a bullet header.

The Hamlet struggled to recover from the setback and the remainder of the opening period descended into a mire of poor challenges.

At half-time, Hamlet manager Gavin Rose would have asked his side to get back to their early pressure.

But the wind was taken from their sails after only seven minutes of the second period as Chippenham midfielder, Ross Stearn, curled a free-kick into the box that Bradley Ash headed home.

The following 20 minutes were more or less constant Chippenham pressure, driven by Stearn’s consistently dangerous free-kicks, which seemed destined for the head of Chippenham centre-back Kieran Parselle even before they were struck. Parselle could not convert any of his chances, though.

In the final minutes, Dulwich applied some late pressure with a succession of corners, but Chippenham came closest to adding to their lead, with substitute Kieran Philips nearly rubbing salt into the wounds in the dying seconds.

This was their first home game in seven months so Dulwich could be excused for taking some time to acclimatise, especially in a stadium usually throbbing but still deprived of fans.

But they will need to improve if they are to have a successful season.