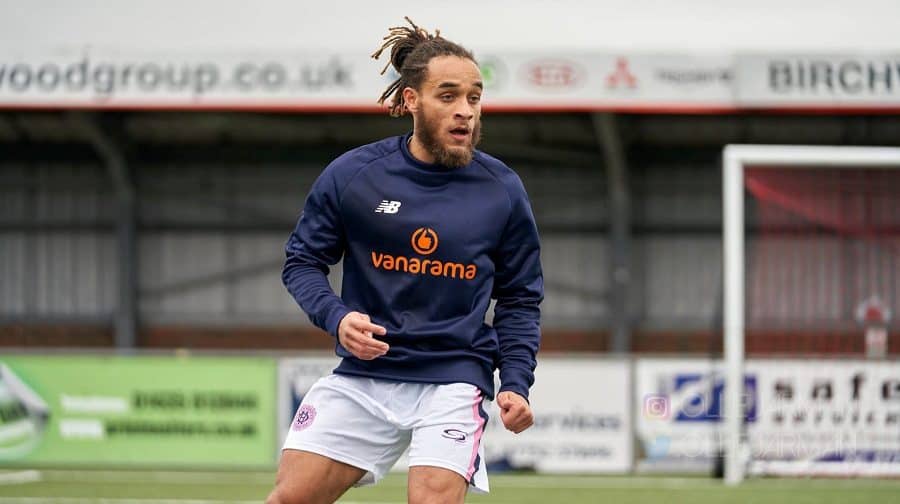 It was an improved performance following their 4-1 home defeat to Concord Rangers in their previous game, but Gavin Rose’s side are still without a league win five games into the season.

Dulwich went ahead in the 20th minute when Michael Tomlin found Deon Moore who beat Ross Worner in the home goal.

It took the hosts just seven minutes to score an equaliser, Josh Taylor’s shot deflecting to Sam Magri and the defender finished past Charlie Grainger.

The Hamlet held out until two minutes before the break when Grainger saved Danny Kedwell’s shot but the ball went in off Dulwich defender Jordan Agahatise.

Debrah did well to block for a corner with nineteen minutes left, but from the resulting set-piece Craig Robson headed in.

The result dropped the Hamlet to 20th out f 21 teams in the table, with two points from five games. Rose’s side travel to second-place Hungerford Town this Saturday. Kick-off is 3pm.