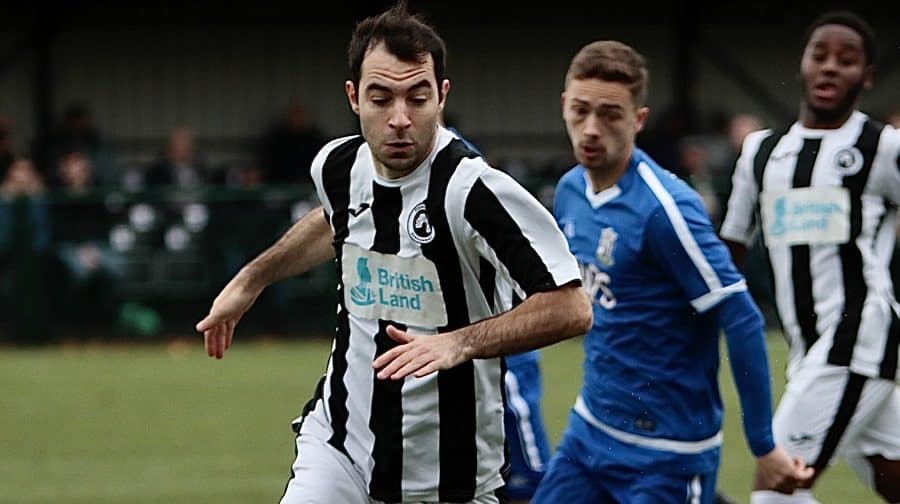 Fisher midfielder Robert Brown admitted he was “gutted” when football was suspended again – but conceded “health and wellbeing” must come first as the country tries to deal with Covid-19.

The Fish saw a record crowd for a league game this season as fans starved of live football flocked to St Paul’s in Rotherhithe to get their fix.

Fisher’s last game was on October 31 before the government announced their latest restrictions that affected ‘non-elite’ sport.

“I was gutted in terms of football,” former Fish captain Brown told the News. “But health and wellbeing come first for everyone so I am sure it was very much needed.

“We have a big squad, but there are a lot of injuries with us right now and I am sure the lockdown came at a good time to allow people to rest up and recover.

“However, in reality, no club can pause a season and allow people to come back from injury, so personally I’m never happy when football has to stop and I’m sure the fit players at Fisher have been missing football.”

This season has been a rollercoaster for the club. League form has been indifferent – Ajay Ashanike’s side sit twelfth in the SCEFL Premier Division table – but there was a special run in the FA Cup.

Fisher got through two rounds of the competition, before losing to Cray Wanderers in first round qualifying.

Brown said: “We hadn’t passed the preliminary round previously, and this year was the first time we have done that. Beating Tooting at their place was quite an achievement for us, and I thought even in the next round at Cray we played very well.

“The team, manager, and the club takes immense pride in earning Fisher some extra income, but mostly in advancing through the cup. There is nothing like that cup around in football.”

That run banked Fisher £3,319. Brown insisted that prize-money was not at the forefront of the squad’s thoughts.

“The players did not feel any pressure of that as such,” Brown said. “ I think it’s very clear at Fisher the player does not play for money – at least not that I’m aware of – but I’m sure because of the financial impact of the pandemic the extra money and income helped the club massively.

“It goes back into the club. The supporters and board do a lot for us already, so if it helps them support us more, then that is huge for us.” 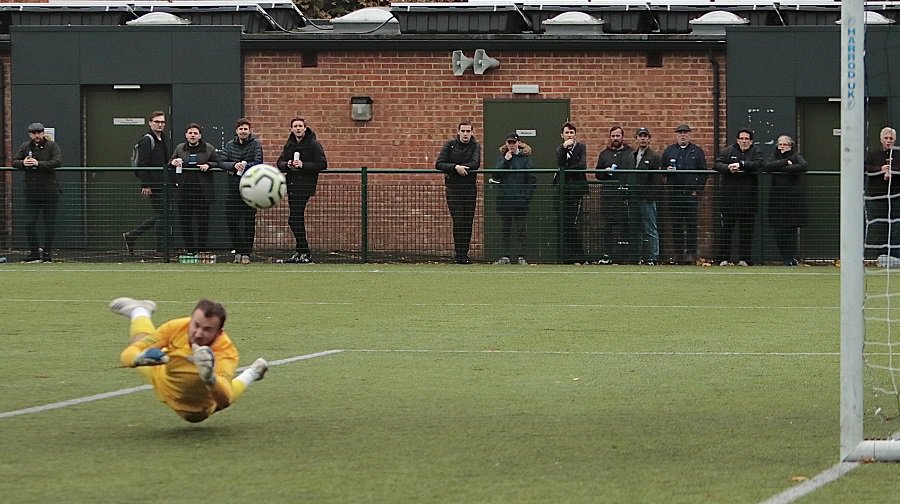 This season saw a record crowd at St Paul’s for a league game. Photo: Dave Anderson

That record crowd for a league game since the formation of Fisher FC in 2009 was 298 against Deal Town.

Fisher players were in the unique position of having supporters at games, at a time when Millwall and Dulwich Hamlet are not allowed fans into their stadiums.

“When there is a lot of fans in the ground, I believe there is no place in non-league football like St Paul’s,” Brown insisted. “I felt like Deal were there to be taken, we had the majority of possession and chances – on another day, I see myself scoring one or two that I had. T

“The team played well defensively but just lacked that final edge on the day. But minus the result, the buzz and the feel around the ground was fantastic.”

Ashanike took over from Allan Fenn last season and steadied the ship when it looked like the Fish could have been headed for relegation back to the First Division.

Brown became the top scorer in Fisher FC’s history when he got his 36th goal in his 100th appearance against Erith & Belvedere in October.

“I have played under three managers at Fisher, and all are very different in their own way,” Brown said. “I think players feel a lot more comfortable speaking to Ajay on a personal level – during lockdown he has checked in on us and myself, which shows his commitment to us as individuals.

“Ajay also is good at keeping us hungry and not letting us take our foot off the gas, it is clear that he has good connections in the game and if he feels he needs to freshen the group up or introduce a new player he will not hesitate to do so.”

Fisher went close to promotion under Dean Harrison two seasons ago. That raised expectations they could challenge for a place in the Isthmian League Division One South – the eighth tier of English football – but in this campaign it is more about consolidation.

“At the beginning of the season, we had to submit individual targets and team targets,” Brown explained. “However, in this season, for me and I think the team, it’s about taking one game at a time.

“When you ask other staff or players, they have their own ideas of where we should be in the league, and all of us see ourselves highly and are confident we can finish in the top half, which I think is fantastic.

“There have been games against the top-half teams this season we have played where I thought we were by far the better team, and against the lower teams, I feel that we can sometimes come out too relaxed – which shows this is a mental thing for us.

“I think that’s a good thing, if we can learn to unlock that mentality of wanting to put anyone in front of us to the sword every week and steamroll them, this team will go far.”

The latest restrictions are due to end on December 3. As long as they aren’t extended, then Ashanike and his squad will be back on the training pitch and looking forward to a busy period and the traditional Christmas bumper fixture list.

And, who knows, maybe a new record crowd in Rotherhithe?

Brown said: “Indeed, I love seeing the faces around Fisher when we play at home.

“Most of the fans say ‘hey’ to me and the players, they truly cannot be more welcoming.

“In regards to a return date, this is the part I do not like. I wish there was a date set in stone when football can return in terms of planning and just mental preparation – there is talk of an extended lockdown.

“The team is keeping fit over the break, and I don’t foresee us not hitting the ground running, so the fans will see us raring to go.

“We have a point to prove when we get back.”