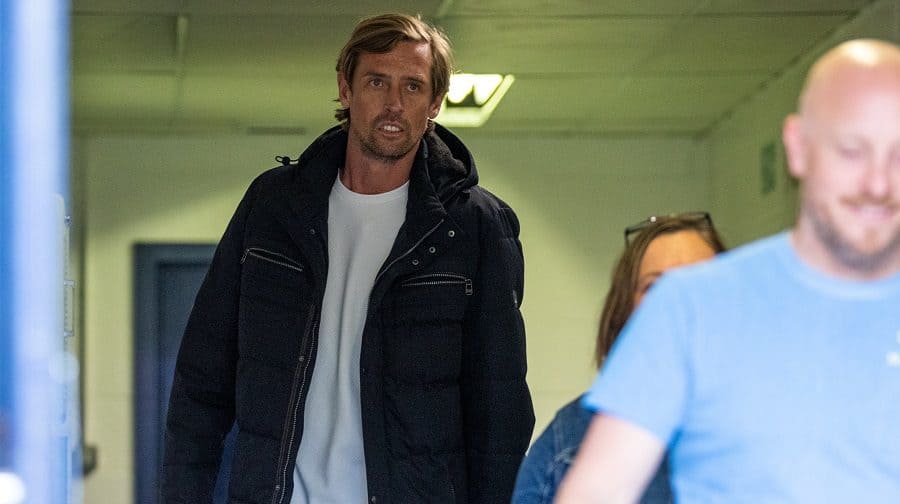 Peter Crouch will have a hands-on approach and “help run the football side” after making a sensational return to Dulwich Hamlet.

Crouch, 40, was unveiled as a new director joining the board at Champion Hill this week.

The former England striker, who had a brief stint on loan at the Hamlet from Tottenham in 2000 before going on to score 108 Premier League goals and 22 in 42 caps for his country, will work alongside board members, as well as being available to manager Gavin Rose and the Dulwich Hamlet Women’s team boss Ryan Dempsey to offer footballing expertise.

Season-ticket holders were invited to Champion Hill on Tuesday for a special announcement from chairman Ben Clasper, and were seated at the new pitch-side bar when Crouch emerged from the main stand of the ground.

Crouch was given a huge round of applause by ecstatic supporters before addressing them himself.

“Thank you for your warm welcome. Hopefully I can have more of an impact now than I did as a player,” the ex-Aston Villa, Liverpool and Stoke front man joked.

Prior to Crouch taking the microphone, Clasper took the opportunity to thank the loyal Dulwich supporters for staying with the club during fifteen months of Covid- and lockdown-related struggles.

Clasper said: “Having you [the fans] back here is one of the big goals for restarting this football club after the pandemic. It’s been hard to manage a socially distanced relationship with a community football club.

Rose is set to enter his thirteenth season as manager, and the Hamlet’s latest addition is excited to work with “the main man”.

Crouch added: “I know it’s been a difficult period for everyone speaking to some of the players, speaking to Gav, and I certainly don’t want to tread on anyone’s toes.

“Gav’s the main man, he’s running the show and Ben has done a great job as chairman. He’s saved the club, really. I have said I’m happy to be on board for any kind of help I can be this season. Maybe fundraising and helping in that kind of way, but also on the playing side. Any help I can be I will be.

“But I want you to know I’m taking this seriously. This is people’s lives and livelihoods and I’m not here to mess about. I’m here to hopefully make an impact and hopefully you can get behind that as well.” 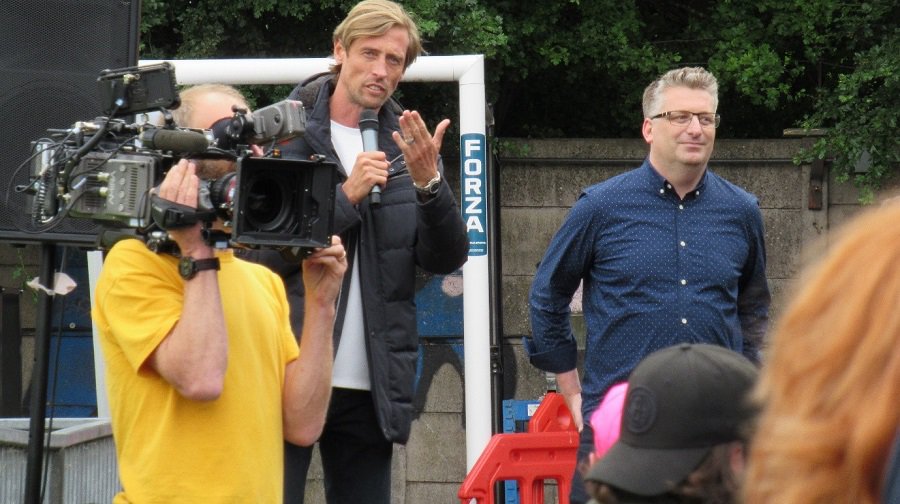 There will no doubt be much intrigue around Crouch. Dulwich Hamlet communications and media director Tom Cullen told the News: “We had him as a player, but it’s a coup that we’ve managed to get him now considering how busy he is. We just can’t wait to see what he offers.

“A natural fit for him is obviously the football side of things, which is beneficial for both Ryan and Gavin to be able to have someone on the board who is a football person. Our football staff need support in that area and Peter can give that. A great amount of knowledge and support.

Another club source told the News: “He will be involved in every aspect of the running of DHFC, from advising transfer policy, helping out with the women’s team and even pouring pints at the bar! He will be heavily involved with both DHFC and DHFCW.”

But is Peter going stick around for dulwich hamlet and support them and there supporters or is it for publicity, I hope not because it would get young kids involved and support them