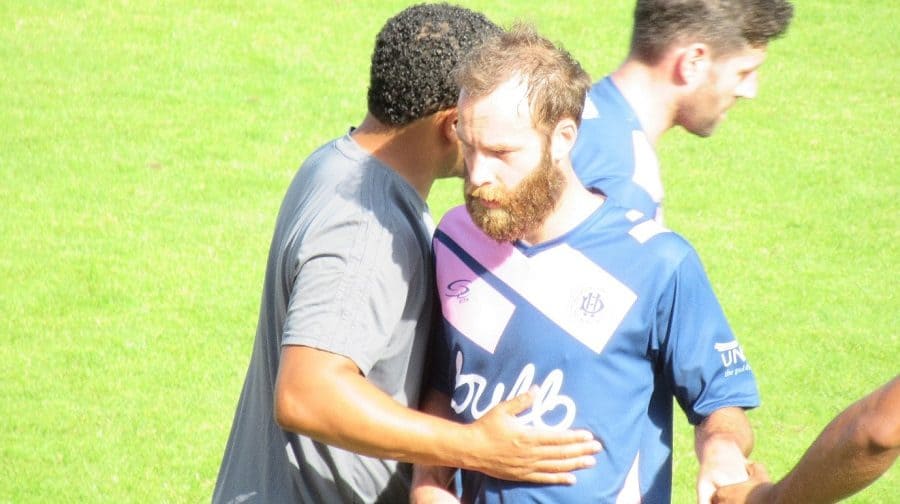 Dulwich Hamlet winger James Dayton is proud to call the club his new footballing home after joining from Leyton Orient this summer.

Dayton made his debut in Saturday’s 1-1 draw against Chippenham Town in front of 1,922 fans at Champion Hill, the latest transfer in a career that has taken him from the Crystal Palace academy to Kilmarnock, then to Oldham United, followed by time on loan at St Mirren and on to spells with Cheltenham Town and the Orient.

After being released by Palace, Dayton spent time training with the Glenn Hoddle Academy before that first move north of the border, and he tasted National League title success with both Cheltenham in 2016 and Orient in 2019.

Dayton, 32, sees no reason why Dulwich can’t be challenging high up the National League South this season.

Speaking after the draw, he told the News: “If we perform like that and keep adding to that then who knows where we can go.

“The supporters came out and supported us in pre-season and have come out in their numbers opening game, so hopefully that keeps growing and growing. The lads really appreciate them and the more they back us the better.”

Dayton added: “I’ve had an alright career. I’ve won a few trophies, a couple of promotions and I’ve come here because I want to win wherever I go. I think there’s only been one club that I haven’t been successful at and that was Oldham because we didn’t win anything.”

Danny Mills scored first in the game before a penalty from Chippenham’s Marlon Jackson deprived the Hamlet of all three points.

Assistant boss Junior Kadi and coach Junior James took charge of the team in the absence of Gavin Rose, who spent a short time in hospital last week with Covid.

Dayton offered Rose his best regards, and opened up a little bit more on his affinity with Dulwich.

He said: “When I was sixteen I moved to south London so I’ve always known about Dulwich. My wife was brought up in Dulwich and I knew the fan base the club had.

“It’s a big club for the division it’s in. Just an all-round great club and somewhere I wanted to join.”