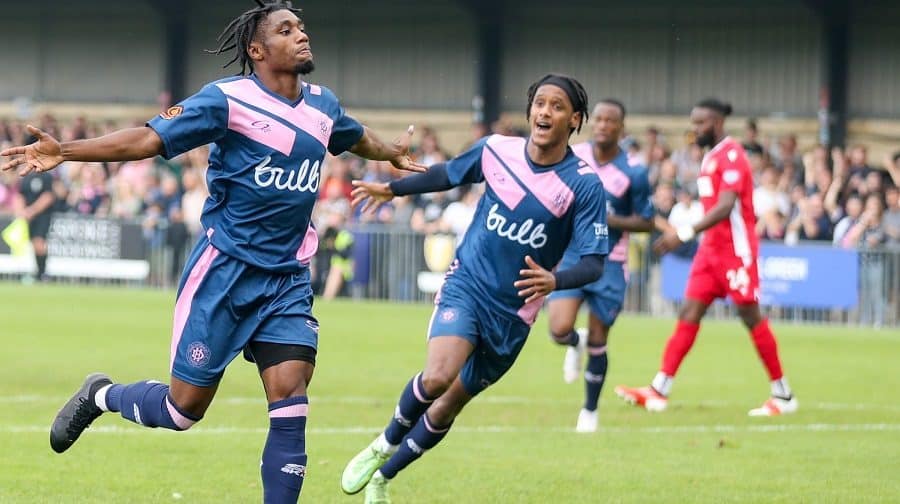 The Hamlet should have won by more. Photo: Rob Avis

Dulwich Hamlet dominated a fiery match at Champion Hill last Sunday, as visitors Hungerford Town saw a player and a member of their coaching staff sent off during their 3-1 defeat.

Gavin Rose’s team could and should have won by more but for two missed penalties within the space of six second-half minutes, though a job well done in the end has seen Dulwich move into seventh place after five National League South games, one less played than five clubs above them.

The match was moved from Saturday to Sunday at short notice due to a positive Covid case in the visitors’ camp – the result completed a strong day for the football club as Dulwich Hamlet Women won 3-0 away at Saltdean United.

The hosts went in front in the tenth minute when Andrew Harris-Sealey drove into the box and laid the ball into the path of Darren McQueen, who placed it into the bottom right corner to score in consecutive matches.

Harris-Sealey continued to light up the opening half, as Callum Willmoth tripped the former Wolves winger on the edge of the box, which resulted in Giovanni McGregor striking the right-hand post with a free-kick.

Dulwich hit the woodwork again shortly after from another free-kick, this time Harris-Sealey hitting his effort against the crossbar.

Both sides shared half-chances at the beginning of the second half before the first controversial moment when referee Ben Atkinson gave a penalty against Emmerson after a back-post tussle with Danny Mills, but McQueen lifted a poor spot-kick over the bar. 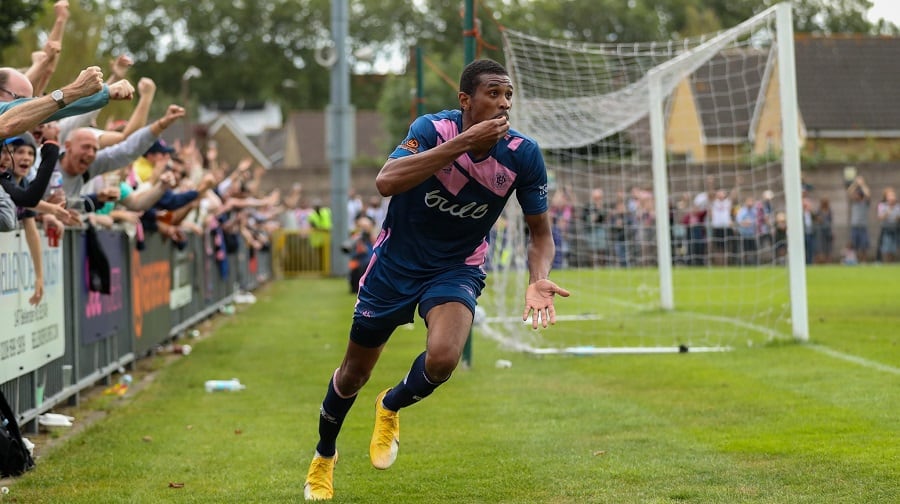 Not long after Mills hit the deck again as Rusby was deemed to have pulled him down, though this one looked harsh. Rusby, who had already been booked, avoided a second yellow card, but in the immediate aftermath of Luke Cairney saving from McGregor down to his right, Hungerford first-team analyst and scout Luke Campion was sent down the tunnel for his protests at the decision.

The 2,011-strong Champion Hill crowd might have thought this wouldn’t be Dulwich’s day, but in the 79th minute Cairney could only spill Harris-Sealey’s shot into the path of McGregor, who atoned for his penalty miss as he made no mistake from six yards.

And there was time for one more goal with six minutes left. Jazzi Barnum-Bobb found Mills at the back post for a trademark header back across Cairney to secure the points for the Hamlet.

Crusaders midfielder Matt Partridge then received a straight red card in the final knockings of a heated late-summer affair.

The Hamlet’s focus now turns to the FA Cup as they host Bedfont Sports of the Isthmian League South Central Division in the second qualifying round.

Kick-off at Champion Hill is at 3pm on Saturday.