Jack Wheeler's side were far too strong for Fleet Town 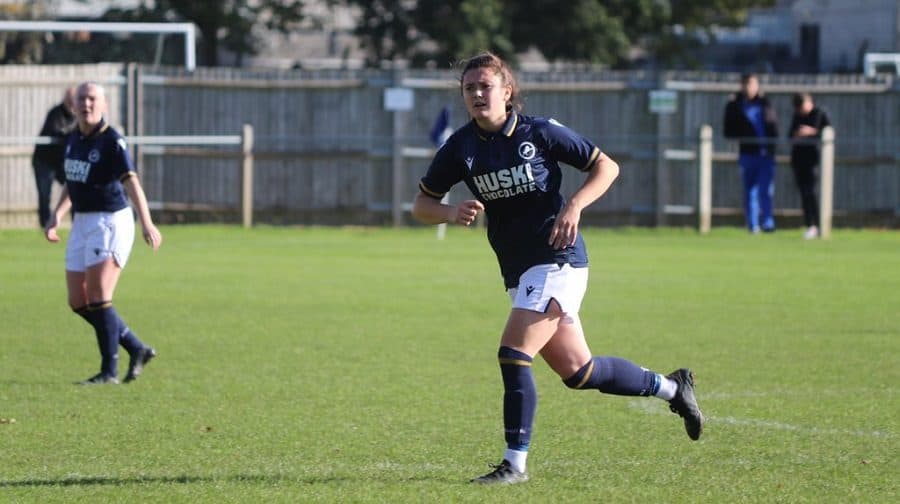 Millwall Lionesses are into the first round proper of the FA Cup after a dominant 5-1 win at Fleet Town last weekend.

The Lionesses were in control for most of the game and could have added to their winning margin but for some missed chances late on.

Jack Wheeler’s side took the lead in the eighth minute when Ellie Hinckley was sent through before she rounded the goalkeeper to finish.

Sophie Chapman, on her full debut, then found Chloe Burr but she fired straight at the stopper before Maisie Joyce’s free-kick was deflected away.

Youth product Milan Shakespeare-Simms, also making her full debut after coming through the under-18s, was a threat down the left and after good work earned the Lionesses a corner from which Amy Nash doubled the lead after a scramble in the box.

Five minutes before half-time the hosts made it 3-0. Some quick footwork from Alyssa Miranda after a run down the left drew a foul in the box. Joyce took responsibility and scored from twelve yards for the second successive weekend.

Having been so dominant, Millwall were guilty of an unusual lapse to give the visitors a goal and some hope before the break.

But the Lionesses came roaring back out for the second half and Miranda made it 4-1 when she produced a composed finish after the ball dropped to her inside the box.

Miranda was in the mood for more and got her second when she finished into the far corner after a brilliant ball from the right by Catarina Pita.

Millwall should have added to that lead. Chapman had an effort from distance saved before more good work on the wing from Miranda set up Joyce but she put her attempt just over the crossbar.

Pita was also dangerous in attack and fired over twice.

But not adding to the score was only a minor disappointment as Millwall secured their place in the first round where they will meet AFC Wimbledon.

That fixture – against a side a tier above in the FA Women’s National League Division One South East – will be in Rotherhithe on Sunday, November 14.

Meanwhile, a recent addition from Gillingham, Millie Penfold, outlined her ambitions after joining the club and scoring on her debut in a 2-1 league win against Denham United.

“I’m so excited to be on board and get the chance to work with both the girls and the management team,” Penfold said. “It was a big decision personally, but I’m looking forward to improving each week and helping the team move up the league and reach our full potential as a club.”