Praise for junior coach after three bouts in finals in Middlesex 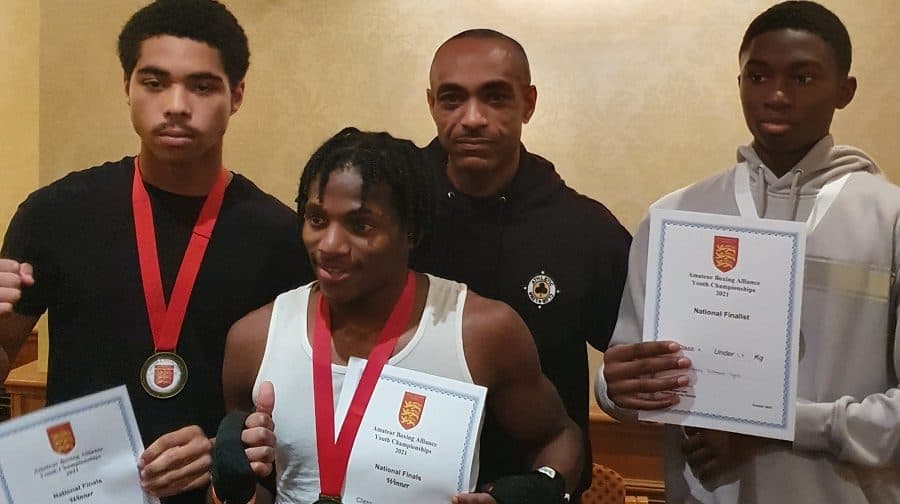 Lynn ABC had three fighters in action in the Alliance England National Finals in Hayes, Middlesex last weekend, coming away with two wins and a loss.

Donaldson boxed well for all four rounds with his very elusive style making it difficult for Palmer to land any clean shots. Donaldson won the bout with a unanimous points decision.

Next between the ropes was James Omoniyi who was in the junior novices at under-75kg. He boxed Charlie Brown from Epsom & Ewell.

It was a fiercely-fought contest over three rounds. Brown was a strong and competent opponent but Omoniyi used his ring craft and skill to clearly land the cleaner punches. He had a very good third round which got him over the line and the win by a majority decision.

Romero Johnson was fighting in the under-57kg junior novices against Dave Thomas from Honour Oak. Unfortunately for Johnson, Thomas’s aggressive style was what caught the judges’ eyes and ultimately got him the win.

Pearson said: “I am proud of all three boys. They did the club proud and to have two national champions this early in the season is great for the club.

“I also need to thank Elwin Ollivierre, our junior coach, who does great work with all our junior boxers season after season.”