Champion Hill ground in East Dulwich could not cope with last week's downpour. 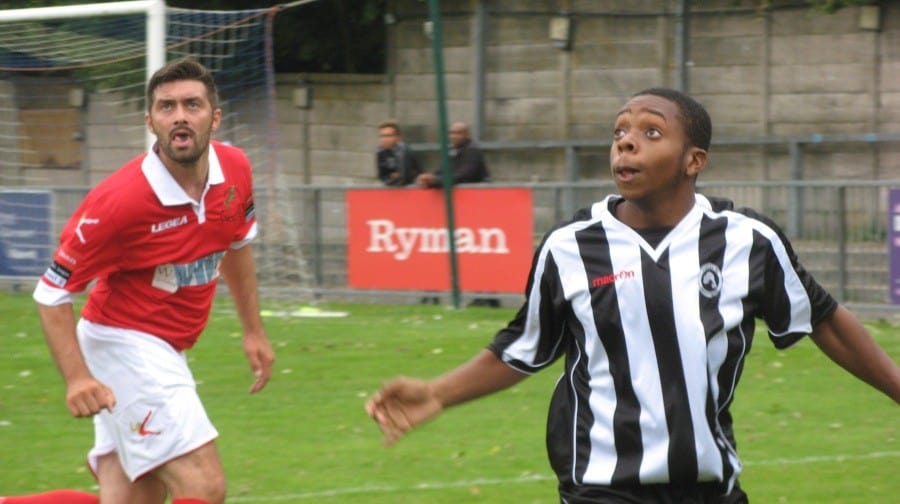 Fisher must wait until February 21 for their next fixture.

Fisher were inactive for the third consecutive Saturday after last weekend’s crunch relegation clash with Erith Town fell foul of the weather.

Unusually it was the Champion Hill pitch in East Dulwich, which usually copes well with deluges of rain, that was unplayable resulting in the postponement of Fisher’s first home game this campaign. The rearranged contest will take place on Monday March 23.

The previous weekend saw Fisher game less whilst landlords Dulwich Hamlet played out a loss against Canvey Island. Instead the Black and Whites played the following Monday falling to defeat by a solitary goal to Cray Valley.

On the last weekend in January Fisher were set to face another relegation ‘six pointer’ against fellow strugglers Lingfield.

But the home pitch of the Surrey side failed to pass a pitch inspection and both teams will have to replay that encounter at a later date.

Lingfield took advantage of Fisher’s inaction last weekend by leapfrogging them in the table after they picked up three points against Rochester United thanks to a 2-1 victory.

That result leaves The Fish in eighteenth place in the table five points above bottom placed Erith Town, who occupy the sole relegation position in the Southern Counties East Football League.

Only Deal Town sit between Fisher and Erith Town and the Rotherhithe side will be hoping for three points this weekend when they travel to Rochester United.