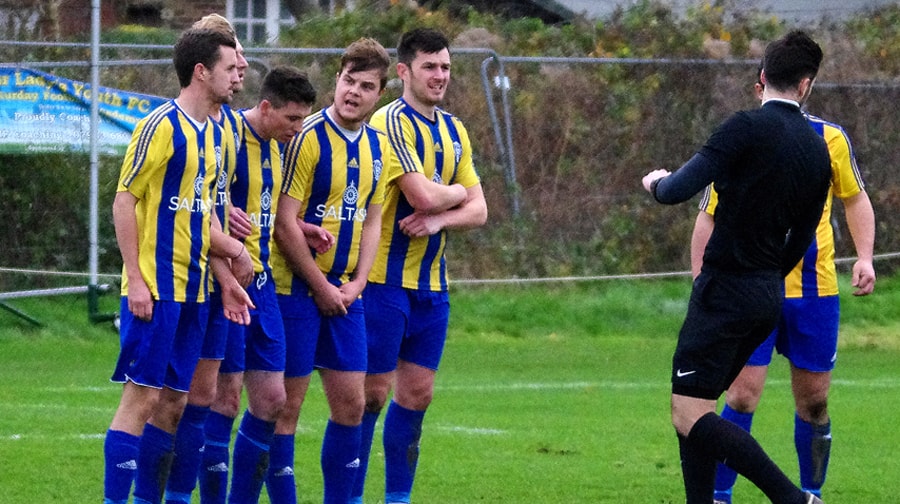 Stansfeld missed the chance of climbing up to third place in the Kent County Premier League with an under par performance against bottom placed side Halstead United.

The draw was the first points the Bermondsey side had dropped since mid-November but they started slowly at the weekend allowing Halstead to gain some early confidence, with several breakaways stretching the Stansfeld defence. Billy Jolley had Stansfeld’s first chance when he cut in from the left and curled a shot just wide of the far post.

Next top scorer Billy Shinners just failed to get on the end of a Jolley cross as the ball flashed across the face of the goal. Just when it looked like Stansfeld were starting to dominate, Halstead launched another quick counter down the right wing and Dale Taylor got on the end of a good cross to bury the ball into the net to give the visitors a half time advantage.

Stansfeld started brightly in the second half and virtually laid siege to the Halstead goal in search of the equaliser only to find Halstead keeper Alex Cooper in fine form.

The home side eventually got the breakthrough their pressure deserved when Shinners was flattened as he attempted to head home a cross six-yards out. Billy Jolley calmly sent Cooper the wrong way from the resulting spot kick.

Stansfeld went all out for the win and Mickey Smith thought he had secured the points when he creamed a shot from 25 yards out, but again Cooper got there to tip his shot over the bar. Last weekend Stansfeld reserves lost 3-1 at Farnborough OBG Reserves with Dominic Karmali netting. The clubs ‘A’ team won 2-0 at home to Old Bromleians Reserves.