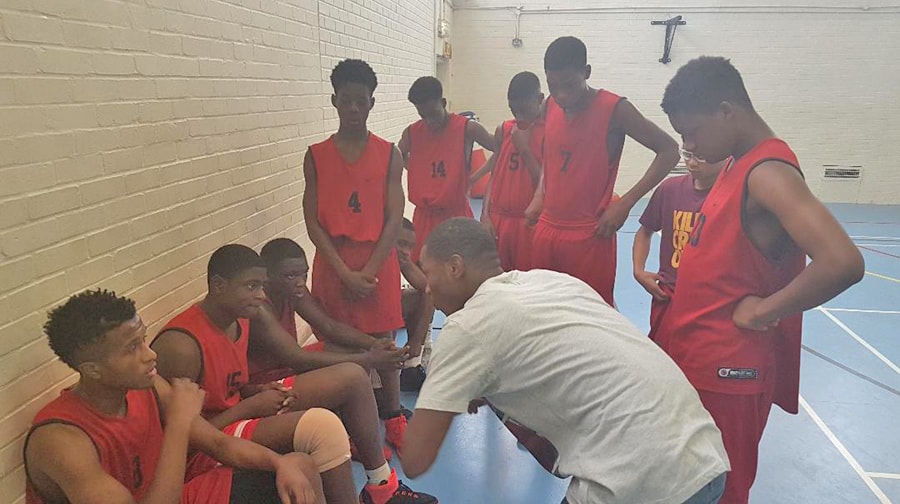 WITH FIVE players scoring in double figures, the Southwark Legends under-16 basketball team improved their overall record to 4-0 with a 70-37 win over Maidstone Warriors last Saturday afternoon at the Damillola Taylor Centre.

Michael Asaolu led the Legends’ scoring with sixteen points as three of the five starters scored in double figures. Jermaine Thompson had twelve points, Nelson Adetuyole and Paul Yusuff had ten each and Joel Turay had a standout effort off the bench with fourteen points and eight rebounds.

After the Legends jumped out to a 22-7 lead, they closed out the half 38-19 on top and never trailed for the rest of the game. The Legends under-16 side will now take a two-week break before an away game at Thurrock Hornets on November 5.