Battle of the exes as Dulwich Hamlet can’t find breakthrough 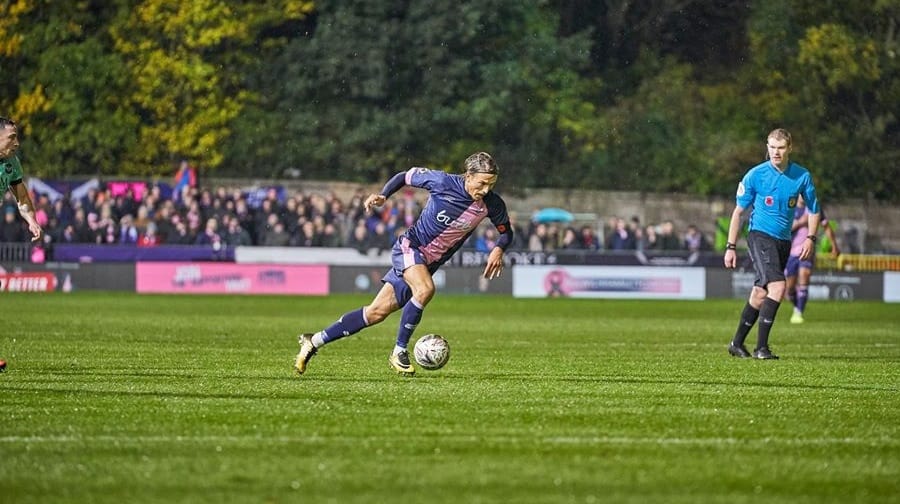 Dulwich Hamlet still haven’t won in the league since August after drawing 0-0 at Welling United on Tuesday night.

The Hamlet were facing a team that hadn’t scored in four games but couldn’t make their own breakthrough. Despite that long run without a National League South victory, the Hamlet have only lost two of their last ten games in all competitions.

The hosts had the chance to go ahead through former Dulwich star Nathan Green, but goalkeeper Charlie Grainger denied him.

Ben Dempsey fired a volley over and then Montel Agyemang saw his shot saved by Grainger.

After surviving that pressure the visitors almost went ahead in first-half injury-time as Jeffrey Monakana crossed for Danny Mills – another player facing his former club – but the striker’s header rebounded off the angle of crossbar and post.

It was a game dominated by former players. Anthony Cook, who joined Welling from Dulwich in the summer, was next to test Grainger but the goalkeeper again responded impressively to keep the score level.

Green could only find the side-netting from 25 yards but Dulwich started to gain the upper hand and Ade Yusuff perhaps should have found the target when well-placed.

Hamlet midfielder Dominic Vose picked out the unmarked Lewis White at the back post but the former Millwall winger dragged his shot wide.

Welling defender Rob Swaine had to make an excellent last-ditch headed clearance to deny Mills what appeared would be a simple finish at the back post.

Welling had the last chance to snatch the three points when Theo Widdrington lined up an ambitious free-kick from 35 yards, but he sent his effort over the bar.

Meanwhile, the Hamlet have been drawn at home to Chippenham in the third qualifying round of the FA Trophy, with the tie to be played on Saturday, November 23.