Disappointing one wicket defeat for Surrey 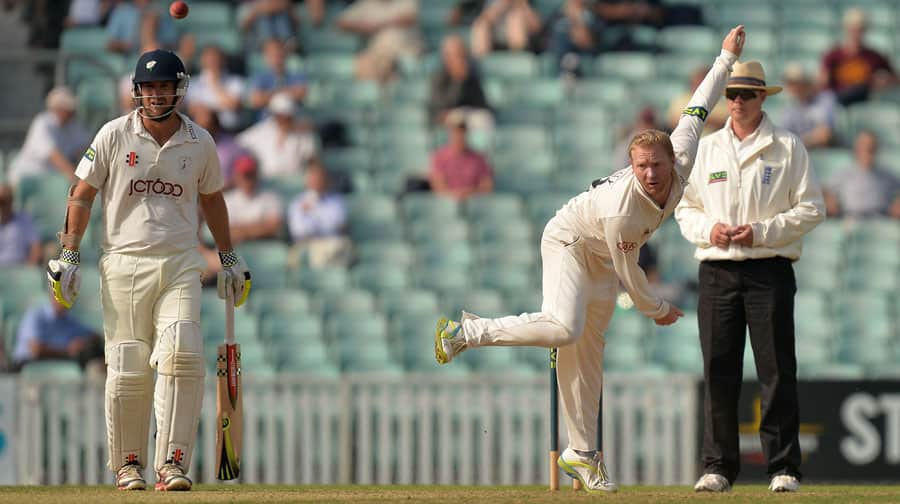 A ten wicket match haul from Surrey skipper Gareth Batty wasn’t enough for his side to secure their first win of the County Championship season.

The one wicket defeat against Somerset at Taunton this week will be harder to take as the Kennington side look set to be crowned the victors, only to be defied by a stubborn unbeaten last wicket stand of 31 between Jack Leach and Tim Groenewald.

Surrey posted a total of 264 in their first innings which looked a much better score than it first appeared when Batty ran through the Somerset side, taking seven wickets for 32 runs, as the home team mustered 102 in response.

Although the home side made a better fist of things when batting again the game looked to be going Surrey’s way when the ninth wicket fell for 270, but the Somerset tail enders dug in and clinched an unlikely win that leaves Surrey bottom of County Championship Division One.

That loss ended a bad seven days for the Kia Oval side as they also fell to defeat in their first home fixture in the Natwest t20 Blast competition last Thursday. In fact the defeat against Glamorgan was as one-sided as losses come in that format of the game, not helped when Surrey posted just 93 in failing to bat out their 20 overs.

Timm van der Gugten was the tormentor in chief with ball in hand, picking up four Surrey scalps for a measly fourteen runs. In response the visitors made short work of attaining the runs they needed, needed just 12.2 overs to reach the winning line, with Jacques Rudolph top scoring with 34 not out.