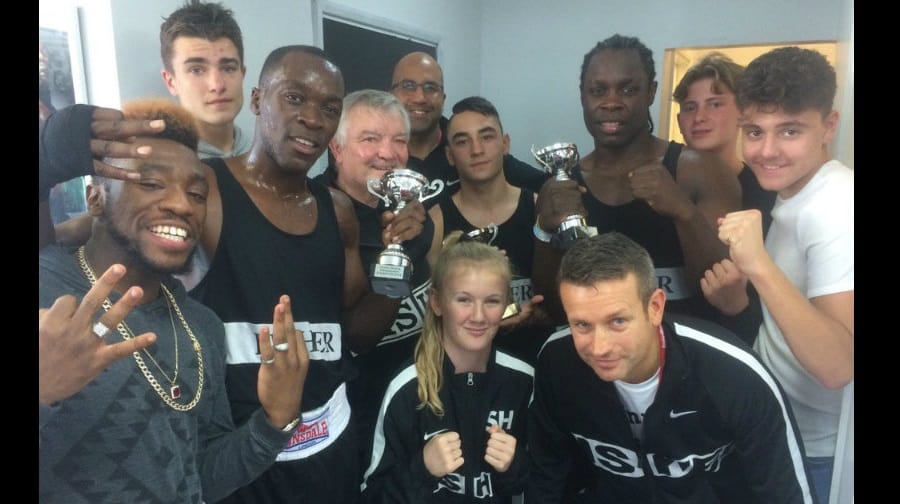 The Bermondsey club had three boxers up for silverware, and Denzil Ntin-Mensah, Andres Manuel-Lopez and Toniwa Nagbeola came up trumps on the day for the Southwark club.

Manuel-Lopez, nineteen, who boxes in the under 60kg weight category was first up and he secured a third round TKO win in his bout.

Club head coach Steve Hiser said: “He just kept hitting his opponent in the fight and the other lad pulled out with a dodgy shoulder but Andres would have won easily in any case.

“If he carries on like that he could go all the way this year.”

Toniwa “Big Tom” Nagbeola, 23, had a rare experience in the under 91kg weight group as he boxed somebody who was bigger than him.

Hiser said: “Big Tom won a unanimous decision and people said I should be worried about putting him in that bout, but we had no worries.

“For a big fighter Tom is very flexible, the big lads can be quite stiff but Tom isn’t so he can make people miss and come back with his own shots.”

The final victorious Fisher fighter was 21-year old Ntin-Mensah who impressed everybody with a stylish showing in the middleweight final.

Hiser said of his man: “He was as slippery as an eel in there and his opponent could just not hit him at all. That is what boxing is about.

“It was like watching a matador as he drew in his opponent, made him miss and then countered. It was an impressive showing.”