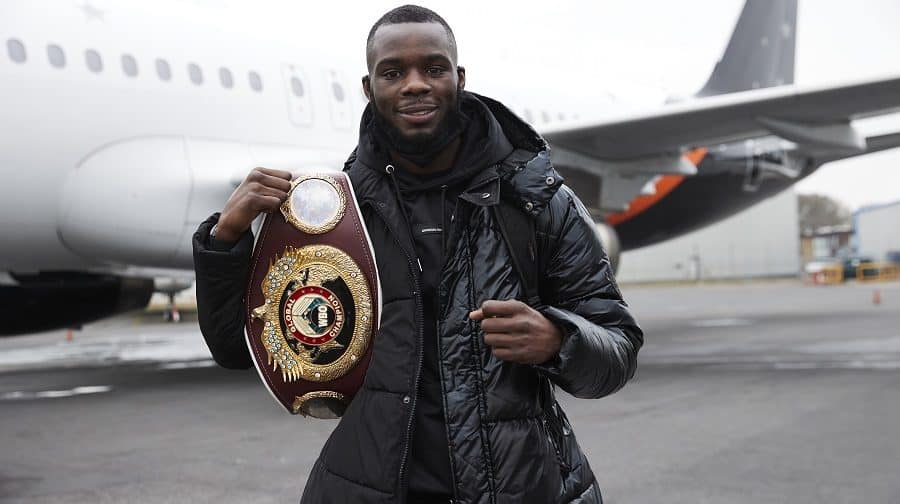 Chris Kongo wants to show he’s the “best and smartest” welterweight in the UK when he aims to extend his perfect professional record on the Alexander Povetkin-Dillian Whyte 2 undercard in Gibraltar this Saturday.

Bermondsey’s ‘2Slick’ Kongo has won all twelve bouts in his career and faces another unbeaten fighter, Portsmouth’s Michael McKinson (19-0) at the Europa Point Sports Complex.

Another former Fisher amateur, Ted Cheeseman, (16-2-1) is also on the bill – The Rumble on the Rock – as he fights Liverpool’s unbeaten James Metcalf, 32, (21-0) for the vacant BBBofC British super-welterweight title.

Brixton’s Whyte is out to avenge his fifth-round knockout by Povetkin last August in their WBC interim heavyweight title bout this weekend .

Kongo is defending the WBO Global welterweight title he won by defeating Luther Clay at Matchroom’s Fight Camp in Brentwood last August when he faces McKinson, 26.

“I’m the underdog in this fight,” Kongo said in his pre-fight press conference. “I’ll win it. I’ve got a better skillset, I’m stronger, a lot faster and it’s all about being smart in the ring and I believe I’m the best and the smartest in the UK – period.

“The Kongo-McKinson story began when we sparred three years ago, only the one spar, he didn’t come back after that.

“I’ve got the big platform and I’ve got the title now – he’s got no more titles. He’s looking for the opportunity, so he’s coming to me. My focus is still the same, getting to the top and trying to get rid of McKinson.

“I’ve been sparring top fighters, a guy (Josh Taylor) that’s going on to become undisputed champion of the world. I can’t get any better preparation than that, so I’m fully ready and focused.

“To be able to spar a world champion before I go into a British level fight is wicked. It’s going to up my game and it has. I’ve been able to feel it, I’ve seen it. I feel a lot better and I feel a lot sharper.

“A lot of people are mentioning me in the mix with the likes of Conor Benn and Josh Kelly, now it’s my time to put my stamp on the division.

“I believe I am the best in the UK. Now it’s my time coming up, and I believe right now is the worst time to fight me.

Cheeseman is fighting to regain the title he lost to Scott Fitzgerald in October 2019, his second defeat in three bouts as he went through recovery for a gambling addiction.

After winning the first fifteen fights of his professional career, those two defeats came either side of a drawn contest against Kieron Conway in a difficult year. 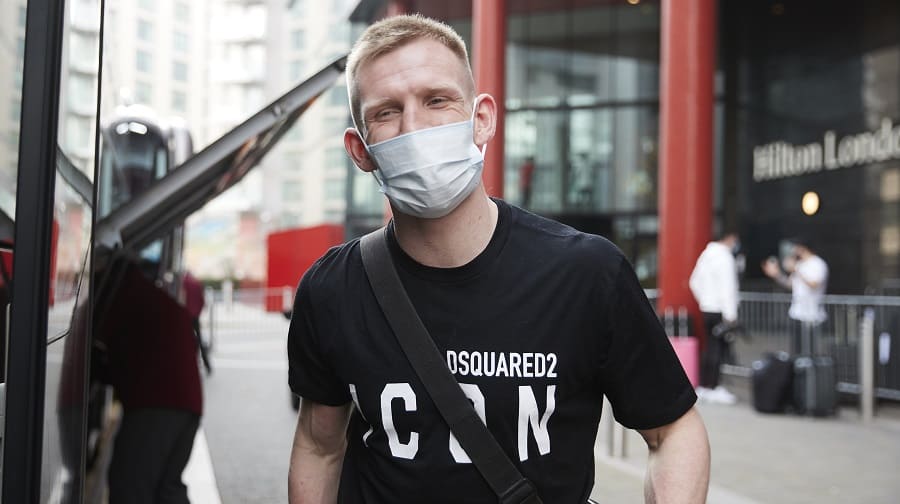 Cheeseman got his career back on track when he defeated Sam Eggington for the IBF international super-welterweight title in Brentwood last August.

Cheeseman has no doubt what and who he’s fighting for this weekend.

“When you have a kid your life changes,” Cheeseman told Matchroom Boxing. “It’s hard, but it makes me the man that I am. My baby, when he’s 20 years of age his friends will go, ‘How about The Rumble on the Rock?’

“Now, life’s back in order, I got my win last year against Eggington. I’ve got a lovely family. I can’t wish for much more other than getting that British title back.

“That would be the icing on the cake.”