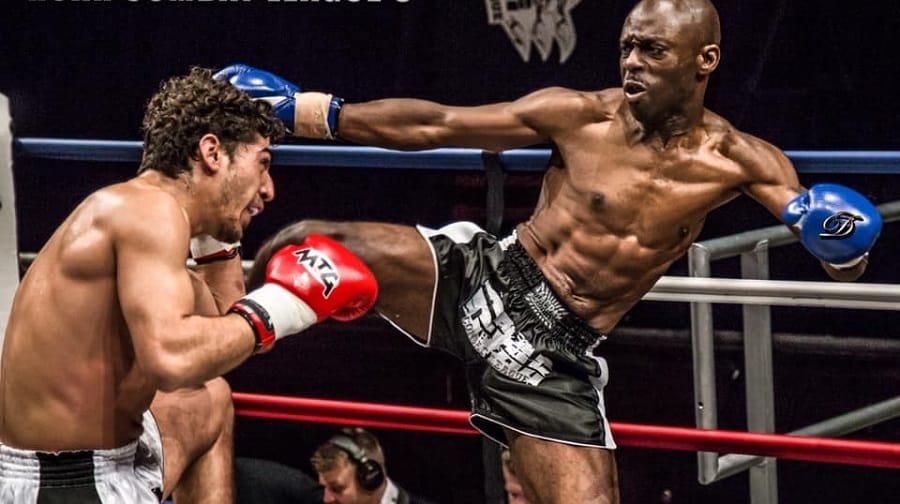 BERMONDSEY’S SNIPERS Muay Thai Club, headed up by seven-time champion Winston Fraser, are currently amidst intensive training in the run-up to their biggest fight to date.

Their most senior fighter, Calvin Thompson, is competing for the British Belt on Friday, May 31. Thompson will be fighting Bradley Heason in the 71kg weight class; the 3K3 (three rounds of 3 minutes each) fight will take place at the prestigious York Hall in Bethnal Green from 6pm onwards.

Fraser, an impressive athlete and fighter in his own right, is an asset to the British Muay Thai scene, having secured seven belts over his career spanning from 1992 to 2000. He began his training at the Bob Breen Academy under greats such as Simon Wells and Will Kelly. Fraser has also benefitted from the mentorship of Breen, who employed Fraser as his head coach for over 15 years.

Since beginning his journey as a trainer in 1994, Fraser has been relentless in his determination to raise the next generation of formidable Muay Thai fighters. His training regime for both fighters and non-fighters alike is grueling. Classes consist of improving technique through padwork, and increasing fitness levels through exercises designed to increase speed, stamina, and strength.

In conjunction with this physical training, Fraser provides invaluable insight into the mental battle that unfolds within the Muay Thai ring. Based on his own experience, he is able to provide both physical and psychological training for his team.

In 1995, Fraser founded his own Muay Thai Club, Snipers. They have demonstrated their prowess innumerable times, with fighters such as Bonny Sinary winning three British Belts and the European ISKA Belt, and Simon Hall claiming a Southern Area Title.

Thompson has been training in Muay Thai since 2005. He has been under Fraser’s tutelage for the entirety of this time, and the two have developed a bond closer to that of family than that of student and teacher. They train together, socialise together, sweat together, bleed together, and most importantly win together.

Thompson has chosen to remain with Fraser over the last 14 years because of Fraser’s experience in the ring, his approach to coaching, and his unstoppable determination to make a champion out of Thompson.

He is a seasoned fighter and Muay Thai expert in his own right, working professionally as a personal trainer and K1 coach. He will be bringing decades of experience and skill into the ring – and is hoping to bring the belt home to Bermondsey.

Those who are inspired by the efforts and feats of Fraser and Thompson can train with them on Saturdays (1.30pm – 3.30pm) at the Tokei Martial Arts Centre in London Bridge. Snipers also train mid-week in Vauxhall at the Wheatsheaf Village Hall on Tuesdays (7.30pm – 9.30pm) and Thursdays (7pm – 9pm).

All abilities are welcome – Snipers are always looking for new monsters to train!