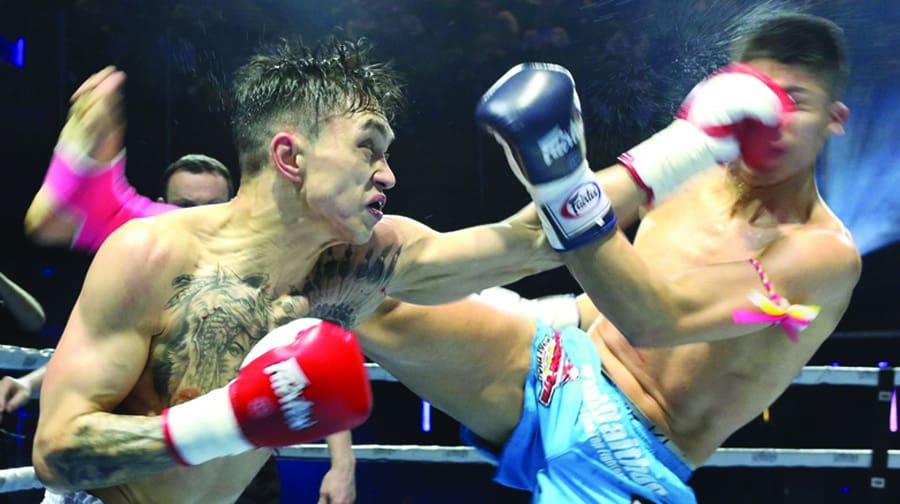 A YOUNG Bermondsey man is making waves in the world of the increasingly popular combat sport Muay Thai.

Carlton ‘Babyface Assassin’ Lieu, 24, made it three wins out of three at Indigo at The O2 earlier this month to claim the International Sport Karate Association (ISKA) European super-lightweight title by defeating Spanish champion Julian Arias.

Muay Thai originated in Thailand and Lieu says “the sport has grown massively alongside the growth of MMA (Mixed Martial Arts)”.

MMA has become increasingly mainstream with the rise of its most famous star, Ireland’s ‘The Notorious’ Conor McGregor.

The event at The O2 was the seventh instalment on the Muay Thai Grand Prix (MTGP) circuit, and Lieu says he is now “setting his sights overseas” after his latest victory.

Lieu explained how he got into the sport and where he sees it going in the next few years. “I’ve lived and breathed Muay Thai all my life,” he said. “I am a fighter first and foremost. I live in the gym and when I am not training I am coaching and helping others. “The sport has grown massively alongside the growth of MNA and the always-popular boxing.

“A lot of times I hear people talk about MMA and mention wrestling and Muay Thai. The more times people hear the words Muay Thai I think that’s when they’re more willing to try it. “That’s promoted with social media, people are seeing it more and asking questions. I can’t wait to see what happens in the next five years.” Lieu is trained by his cousin Philip Tieu and says he has a strong team around him as he looks to take the next step in his career.

“I wouldn’t put it down to one person,” he explained. “We’ve built a solid team that are dedicated to the sport and we feed of one another’s energy and passion. “All my team-mates and my coach influence me in different ways with their attitude in training and life, their mindset and their goals, so I like to take a bit off inspiration from everybody.

“It lifts me up and motivates me every day to train hard and be focused and be the best person I can.” Two other Bermondsey fighters, Ryan Li and Phil Casper, also competed at the event.