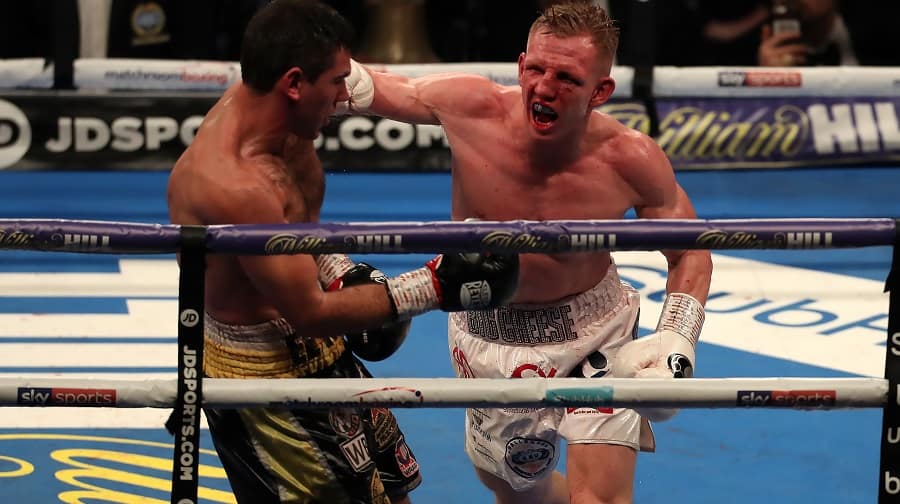 TED CHEESEMAN fell short in his bid to claim the European super-welterweight title as his unbeaten professional record came to an end at the fists of Sergio Garcia at the O2 Arena on Saturday night.

Bermondsey’s Cheeseman, 23, went into the contest confident he would deliver a first professional loss in 29 bouts to 26-year-old Spaniard Garcia. But instead Garcia dominated the fight and it was reflected in a scorecard of 119-109, 119-109 and 115-114.

Cheeseman’s defence was no match for the precision of Garcia’s shots, and the south Londoner was unable to trouble his opponent in the earlier rounds.

Garcia landed a big right hand in the seventh round before Cheeseman rallied in the next.

Head of Sky Boxing, Adam Smith, said: “I thought Sergio Garcia was terrific. We all knew it was a risk for Ted Cheeseman going straight from British to European level. It is a case of levels: too much, too soon.

“What you can’t do is take anything away from Ted Cheeseman’s heart, his spirit, his guts – in every second of that fight he wanted to win and he tried to win.

“But he was shipping too many punches. He was trying at some point to break Garcia’s will but that will wasn’t going to be broken. It was a wonderful performance by Garcia, his first fight outside Spain and he deserves full credit.”