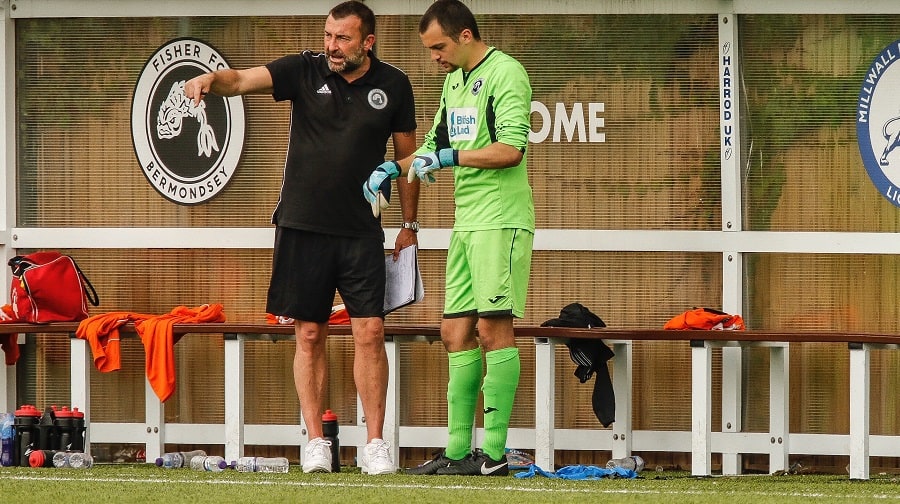 Fenn only joined the Fisher in the summer after the departure of Dean Harrison, who had guided the club to promotion and then a third-place finish in the SCEFL Premier Division table in two seasons.

But this campaign has been a disaster after a squad overhaul in the summer. Fisher are third from bottom in the league with just one win in nine games.

They are currently on a run of nine games in all competitions without a win having been knocked out the London Senior Cup and FA Cup.

The club said in a statement: “Fisher FC regrets to announce that manager Allan Fenn has decided to resign from his position. The club is very grateful for his tireless efforts at the helm, and would like to wish him all the very best for the future.

“Leaving with Allan are player-goalkeeper coach Chris Clark and first-team coach Jacques Edouard. The club would like to place on record its thanks for their contributions this season.

“However, the club is delighted that current assistant manager Ajay Ashanike has accepted the position as the club’s new manager. Previously player-manager at Tower Hamlets in the Essex Senior League, Ajay joined the Fish in the summer as number two to Allan Fenn.

“He has helped put together a new squad from scratch this summer, with many of the current players being contacts of Ajay’s from his time in the Essex Senior League. The board and players alike were very keen that Ajay stay on at Fisher, and it is great news that he has agreed to do so. Coach James Clark will also remain in his current role.”

Ashanike’s first game in charge will be this Saturday’s trip to league leaders Chatham Town.

He said: “I’m delighted to be appointed as Fisher FC manager and can’t wait to get started. They don’t come tougher than an away trip to the top of the table, but the boys have been working hard in training and will be well prepared for Saturday.

“I’d like to thank Allan for having brought me to the club in the first place, and wish him all the very best.”