Bradley gets one over on old club 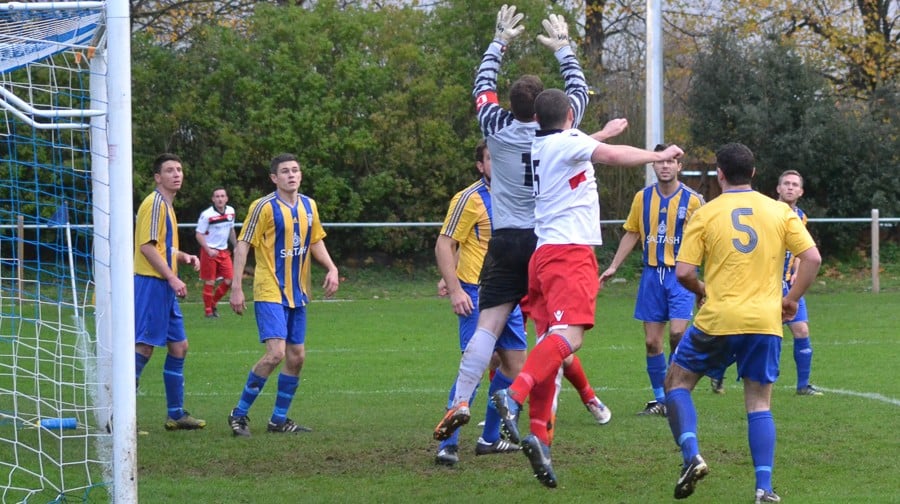 Stansfeld manager Lloyd Bradley got one over his old club Tudor Sports on Saturday as his new side scrapped their way to three points in difficult conditions.

In the end a Terry Cohen goal was enough to separate the local rivals as the Southwark side retuned to winning ways in the league after a defeat against Metrogas when last in league action.

At the weekend Stansfeld were soon on top, with top scorer Billy Shinners and strike partner Sam Ryan causing all sorts of problems for the Tudor defence.

Both players had good chances, but some poor finishing meant the scores stayed level.

Stansfeld penned Tudor back in their own half for long periods and it was only the odd breakaway that posed them any sort of threat.

Stansfeld forced a series of corners and both Lennie Wise and Tony Dakin went close with headers.

The home side were nearly punished for their wasteful finishing just before half time when Tudor’s Jason Elliott skipped through their defence, but could only get off a weak shot from eight yards out.

The second half was a much more even affair, but Stansfeld always had the better of the chances. Shinners, Ryan and Michael Smith all forced saves out of Tudor keeper Danny Jones.

Stansfeld substitute Billy Jolley thought he had scored with a 25 yard screamer, but Jones produced a wonderful one-handed save to thwart him.

The deadlock was finally broken when Cohen seized on an error by Jones, the unfortunate stopper managed to spill Shinners low cross and the grateful midfielder was on hand to finish.

Jones afternoon nearly got worse five minutes later when he dropped a cross at the feet of Stansfeld’s Ryan, but somehow Jones recovered to save the strikers powerful drive with his face.

That miss nearly proved costly in the closing minutes when Stansfeld stopper James Bradley was forced to make two one on one saves from Tudors Sam Cormack, and also watch a fierce Lewis Wright fly over the bar.

Southwark NewsSportBradley gets one over on old club