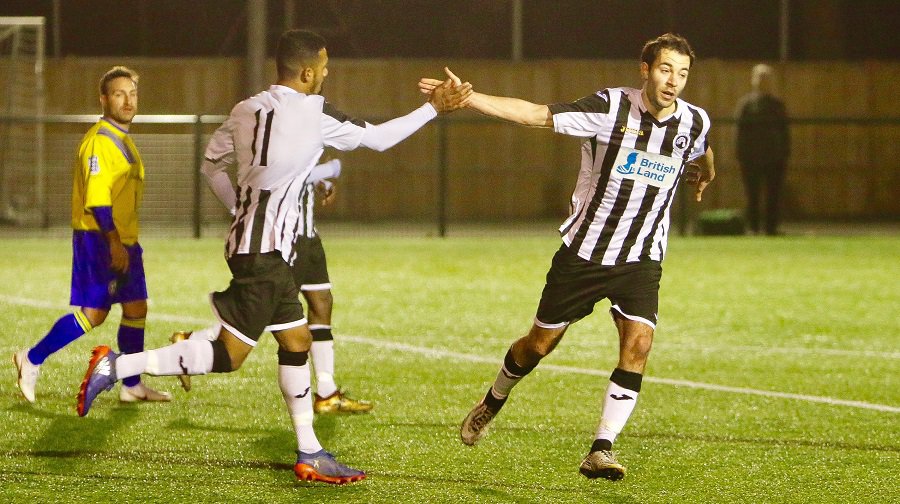 ROB BROWN hit a double as Fisher bounced back from cup disappointment to return to second place in the SCEFL Premier Division table with a 4-2 win at Bearsted last weekend.

After conceding in the last minute and then losing after extra-time to Corinthian in the Challenge Cup semi-final last week, Fisher boss Dean Harrison said it would be tough for his side to recover but promised they wouldn’t play the “victim”.

And his players conclusively answered any doubts that they would be suffering a cup hangover as they kept the pressure on leaders Corinthian as the sides chase the only promotion place.

The Fish suffered an early blow when the hosts took the lead through Pete Williams in the sixth minute.

Brown got his first ten minutes later before Trey Small gave his side a 2-1 lead 28 minutes in.

Charles Noyelle equalised for Bearsted five minutes before the break but it didn’t take long for Fisher to regain the lead when Brown got his second on 52 minutes.

Bearsted pressed to rescue the game, but Fisher made the points safe when Richie Hamill slammed home from the spot two minutes from time.

Fisher are four points off Corinthian ahead of their trip to Tunbridge Wells this Saturday.